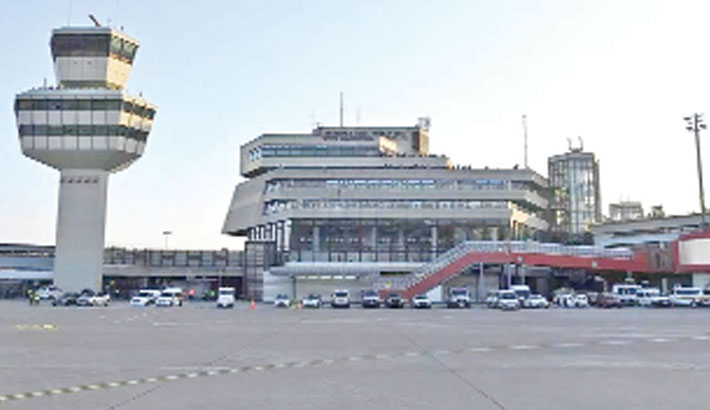 But thousands of people are soon expected to start walking through its doors again every day, once its Terminal C building has been refitted as a vaccination centre against the novel coronavirus from mid-December.

Germany is hoping to ramp up its immunisation drive in the first quarter of 2021 and is already laying the groundwork for 60 hubs across the country. While Health Minister Jens Spahn insists that vaccination will not be compulsory, Chancellor Angela Merkel told parliament on Thursday that vaccines represented "a light at the end of the tunnel" for Germany.

The country has seen case numbers stabilise since leisure and sporting facilities and indoors dining were closed in early November, but the caseload remains high, with 22,268 new infections and 389 deaths reported on Thursday.

The winter will be tough, but "I believe that we will see significant progress next year," Merkel said, describing vaccines as a sign of "hope".

The federal government will be responsible for the purchase and delivery of the jabs, while the regional states will provide equipment and choose the locations for the vaccination centres.

At Tegel, "we will be vaccinating 3,000 to 4,000 people a day," Albrecht Broemme, in charge of setting up the German capital's vaccination centres, told AFP.

Another former airport, Tempelhof -- which has been variously used as a refugee centre, a velodrome and an ice rink in the past -- has also been designated as a vaccination centre.

With six centres spread across four hubs, it should be possible to vaccinate "20,000 people a day" in the city with a population of 3.8 million, according to Dilek Kalayci, Berlin's health minister.

Achieving this will be "an immense challenge," she admits, with priority given to vulnerable people or those who are particularly exposed to the virus, such as healthcare workers.

Broemme, a 60-year-old former firefighter, said he worked out his plans for the smooth-running of the Tegel vaccination centre using a set of Lego, building a model with the multi-coloured bricks, complete with walkways and reception centre.

"The general idea is to vaccinate as many people as possible one after the other," said Broemme.

"I came up with a system, thinking about how many (vaccination) booths we would need and how much space we would need in order to prevent bottlenecks," he said.

Each visitor will follow a designated route from registration to the actual jab, then on to a consultation with a doctor and finally to "a waiting room" while final checks are performed.

The injection itself "lasts only two minutes" and is done "sitting on a chair", Broemme said.

"We imagine that all of this will take an hour," he said against the roar of trucks and vans coming in and out of the airport in the background.

Although work has not yet begun on refitting Terminal C, it has now been sealed off with metal fencing, barbed wire and ample security.

For now, efforts are focused on recruiting staff -- not only doctors and nurses, but also logistics and support staff.

Security guards will be hired, too, in case, anti-vaccination activists try to block access to the building, Broemme said.

Germany already has a shortage of hospital staff, so the authorities are hoping to draw on retired nurses, medical students and even flight attendants in need of work.

In Berlin, 200 to 250 people will staff each vaccination centre.

"We've had a lot of applications," said Broemme, who already helped set up a field hospital for coronavirus patients in the spring.

Strict rules will be imposed to prevent the spread of infection, including compulsory mask-wearing and social distancing.

"It would be a nightmare for me if people were to become infected when they came to be vaccinated," Broemme said.