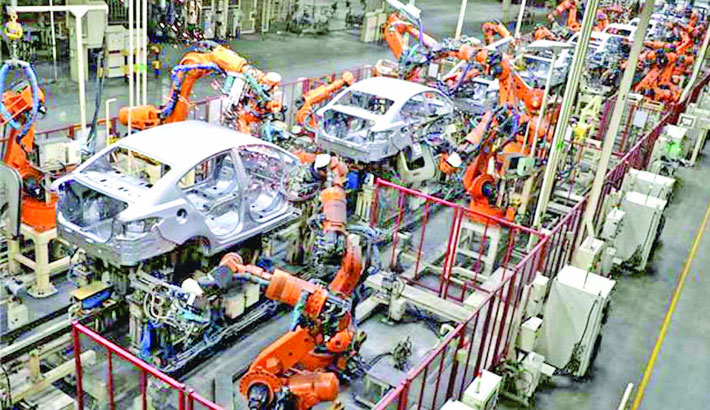 SINGAPORE: Singapore’s factory output fell 0.9 per cent year on year in October with a decline in electronics output and poorer biomedical performance, confounding economists’ expectations of a 7.3 per cent growth, Singapore Economic Development Board figures showed on Thursday.

It was a sharp about-turn from September’s revised growth figure of 25.6 per cent, which had been boosted by the volatile biomedical cluster and a strong showing by electronics, report agencies.

JPMorgan analyst Ong Sin Beng, however, sees this “blip” as more likely to be a pause, rather than a change in trend. He noted that October’s Purchasing Managers’ Index continued to signal expansion.

But biomedical output was up just 10.2 per cent, a smaller growth than the eyewatering 91.2 per cent surge in September. The severity of the fall was an unwelcome surprise, said Mr Tan.

The only other cluster that saw output rise year on year in October was precision engineering, which was up 10.6 per cent.

The electronics cluster’s performance swung sharply from September’s 33.1 per cent increase to a drop of 0.6 per cent last month.

Growth in the computer peripherals and data storage segment (20.2 per cent), as well as other electronic modules and components (16 per cent), was not enough to make up for falls in semiconductors (2 per cent) and infocomms and consumer electronics (2.5 per cent).

The chemical cluster’s output shrank 0.8 per cent. While petrochemicals and specialties segments saw increases of 3.3 per cent and 11.8 per cent respectively, the other chemicals and petroleum segments contracted due to plant maintenance shutdowns and lower export orders amid the pandemic.

Transport engineering was again the worst performer, with output slipping 31.8 per cent year on year. Though the land segment grew 13.9 per cent, declines persisted for aerospace (-37.1 per cent) as well as marine and offshore engineering (-38.7 per cent), with new orders hit by travel restrictions and the weak global oil and gas market.

Year to date, the transport engineering cluster’s output has fallen 24.9 per cent year on year.

October’s shock decline in industrial production points to mounting downside risks for Barclays’ expectation that full-year gross domestic product will contract 5.5 per cent, said Mr Tan. But this is still better than the official forecast range of -6.5 to -6 per cent.