‘Ami O Rabindranath’ to be staged at BSA today 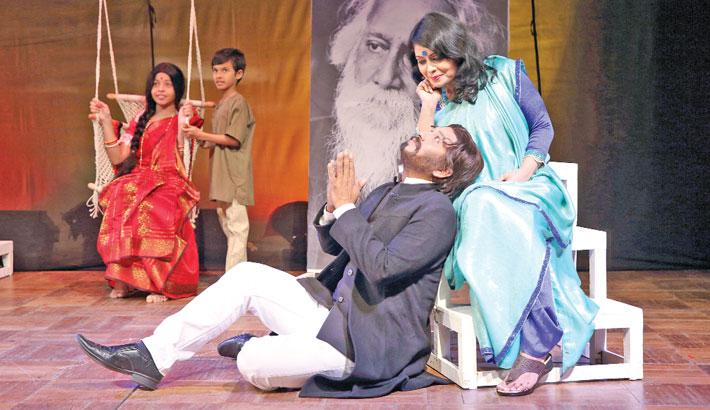 Scripted and directed by Nuna Afroz, ‘Ami O Rabindranath’ depicts Tagore’s life and works through an eye of his devoted reader.

In the story of the play, Athoi (a reader) visits the famous Shilaidaha Kuthibari (former residence of Rabindranath Tagore) in Kushtia along with her friends. There, she begins to explore Kuthibari and begins to ascend the steps of the staircase. Suddenly, Rabindranath himself appears before her. He offers to show Athoi around Kuthibari. In a trance, Athoi completely loses focus from her friends and reality.

With the images of all different ages, the writer discusses his works and phases of the different times of his life with Athoi. With Tagore’s various transformations in age, Athoi also begins to transform in age. Different aspects of Rabindranath’s life are shared through the different phases portrayed in the play.

Alongside acting, Nuna Afroz has designed the costume and manch for the play.