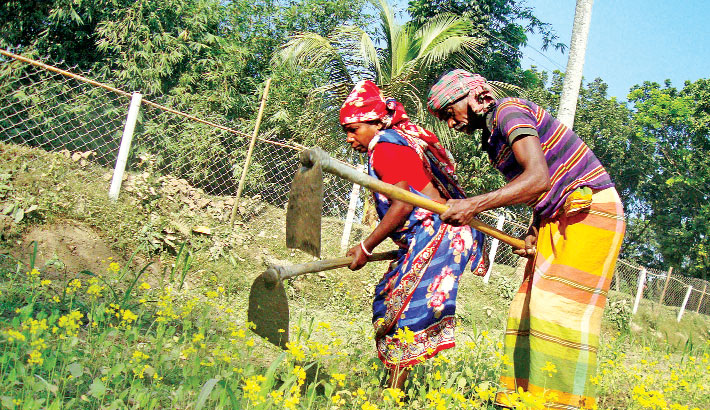 NARSINGDI: Growing vegetables in their homesteads has brought good fortune to the distressed and landless women living in remote char unions of Sadar and Raipura upazilas of the district.

Most of the people here have achieved successes through farming groundnut, sweet potato and various vegetables in the vast tracts of sandy barren char lands in Meghna and Arial khan river basin.

Besides, a number of poor people living in the char villages of the district have also achieved self-reliance through rearing of livestock in the char lands, fish farming and duck rearing in the rivers.

Deputy Director Department of Agriculture Extension (DAE) Shovan Kumar Dhar said that the DAE provided training to the farmers of char villages on groundnut , sweet potato and various vegetables farming and distributed seeds and pesticide among then free of cost.

As a result, the farmers have brought about a revolutionary change in the rural economy in the char villages of the district.

Chairman of Raipura upazila parishad Abdus Sadaque said now the people of char villagers are leading a completely changed life with achieving hygienic sanitation and access to pure drinking water, reducing of malnutrition to their children, women and pregnant women.

Their children are now going to schools and madrasas regularly.