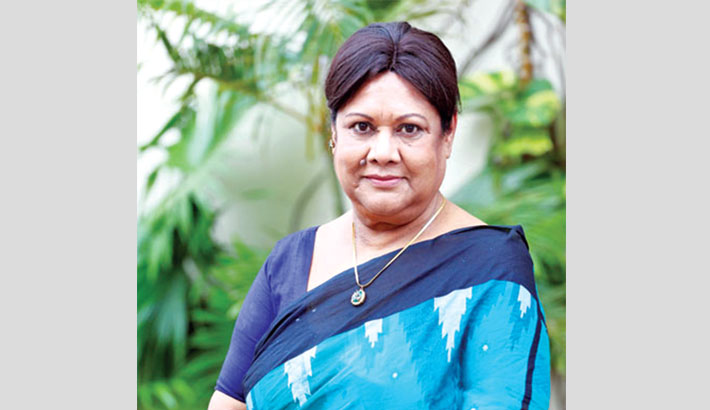 Veteran actress Salma Begum Sujata, popularly known as Sujata, was admitted to National Heart Foundation Hospital at Mirpur in the capital on Wednesday after she suffered from heart attack.

The Rupban- famed actress is undergoing treatment at the Coronary Care Unit (CCU) of the hospital.

General Secretary of the Bangladesh Film Artistes’ Association, Zayed Khan confirmed this. He also urged everyone to pray for her quick recovery.

She has also directed a film. Her only directorial venture is ‘Arpan’ (1986). Besides, she has produced films from her three production houses namely SA Films, Sujata Productions and Dipali Kathachitra.

For her contribution to the film industry, Sujata honoured with Bangladesh National Film Awards 2017 in Lifetime Achievement