Domingo to due soon 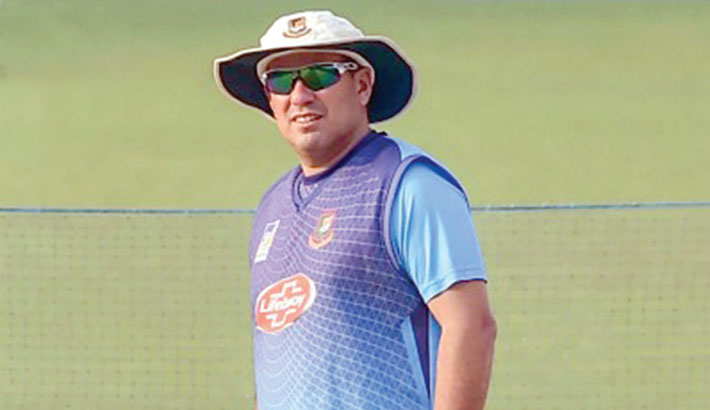 Bangladesh Cricket Board (BCB) officials said on Tuesday that Tigers’ Head Coach Russell Domingo will arrive in Bangladesh within one or two days to witness the ongoing Bangabandhu T20 Cup.

The T20 tournament will be the second competition to be organised by BCB after the spread of the pandemic. A three-team 50-over competition was recently held, with cricketers and members of the team management placed in a bio-bubble.

“Others won’t have any activities so BCB President said that let him (Domingo) come first and later other will come and join him to start their activities,” he said.

“We are well aware that Christmas is coming ahead and we are planning accordingly,” he said.

BCB, meanwhile, was not convinced about hosting the remaining part of Dhaka Premier Division Cricket League, the country's traditional 50-over tournament involving clubs from Dhaka, which is considered to be a major source of income for the majority of cricketers in Bangladesh.

DPL came to an abrupt halt in March after completion of the first round of the tournament. The players involved in it were hoping for some sort of a roadmap to resume cricket and the upcoming domestic T20 tournament felt like a step in that direction.

“We will try but hosting DPL will be difficult as it will have to be played between 10 to 12 teams. As a result it is difficult to do the practice session with the bio-bubble in place for those teams.

“We can arrange BCL (Bangladesh Championship League), franchise-based first-class tournament, as it is held in just two venues. We are considering hosting it,” he said.