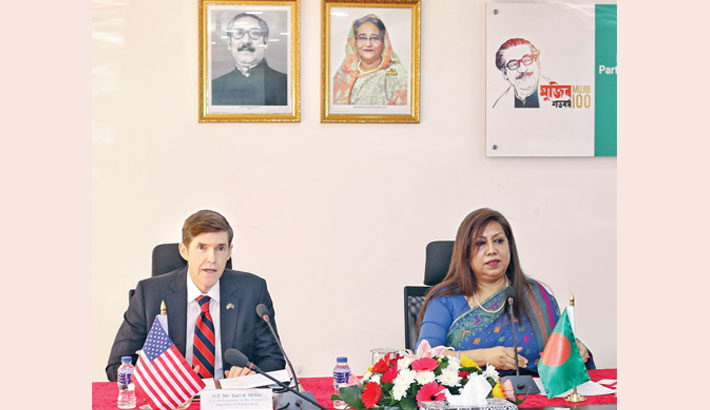 US Ambassador to Bangladesh Earl R Millar pays a courtesy call on Secretary and CEO of the Public-Private Partnership Authority (PPPA) Sultana Afroz in the capital on Tuesday.

Earl R. Millar, Ambassador of the United States to Bangladesh, paid a courtesy call on Sultana Afroz, Secretary and CEO of the Public-Private Partnership Authority (PPPA) in the capital on Tuesday.

Sultana Afroz CEO of PPP Authority, noted that Bangladesh could foresee much scope of collaboration between Bangladesh and USA.   She acknowledged the outstanding contributions of the United States of America in Bangladesh’s economic and social development.