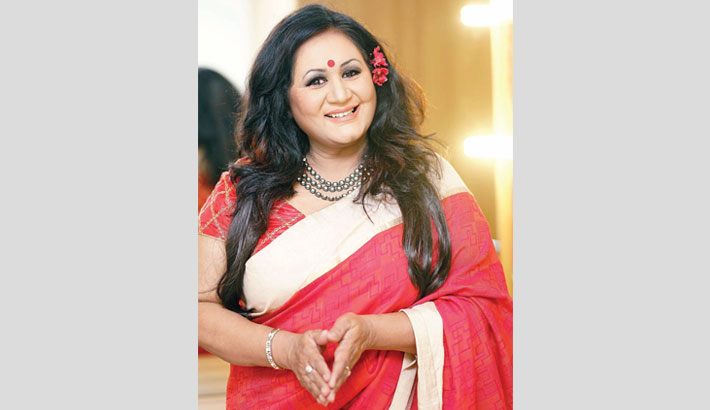 National Film Award-winning singer Fahmida Nabi has been entertaining the audience with her melodic voice for decades. In her long music career, she has presented a number of popular songs including, ‘Meghla Mon’, ‘Lukochuri Lukochuri Golpo’, ‘Akash Khule Boshe Achi’ and ‘Bhul Kore Bhalobesechhi’.  The singer is now gearing up for new single titled ‘Mon.’

The song has been penned by prominent lyricist Jamal Hossain. The music of the track has been   composed and arranged by S I Shahid and Salman respectively.

The recording of the song has already been completed at a studio in the capital.

About the song, Fahmida Nabi said, “After a long hiatus, I have lent my voice to a beautiful song. I loved the lyrics and the tune of the song. ‘Mon’ is a ghazal genre song. Jamal Hossain Bhai has written its lyrics wonderfully. Shahid has composed the song with utmost care. I’m very optimistic about the song.”

The single will be released on the YouTube channel of Rangon music soon, Jamal Hossain informed.

Besides, Fahmida has lent her voice to another song, composed by popular musician Foad Nasser Babu. She also has sung a duet with a new singer recently, which has been written by Kabir Bakul and composed by Bappa Mazumder.

Fahmida is currently busy with her own YouTube channel Anmol Present. She has written and composed a song titled ‘Tomai Akta Gaan Shunabo’ in recent time. She also composed music for other singers. Syed Abdul Hadi, Samina Chowdhury, Shakila Zafar, Bappa Mazumder, among others rendered songs under Fahmida’s composition.