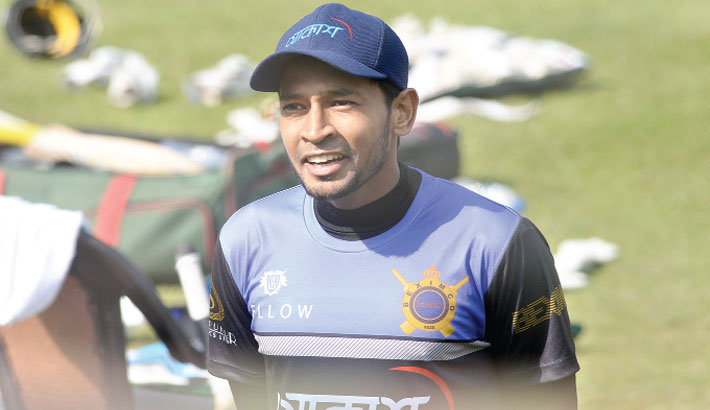 Bangladesh former skipper Mushfiqur Rahim said that he does not see any chance of donning the leadership role in the national set-up despite opting to lead Beximco Dhaka in the Bangabandhu T20.

Mushfiqur agreeing to play under the leadership of Nazmul indicated that he seemed to have lost all interest in leading.

As a result the appointment of Mushfiqur as the captain of Beximco Dhaka came as a surprise to many in the cricketing fraternity considering the mind-set carried by the leading batsman of the country regarding taking up the hot seat. Some even went to an extent of believing that this might just be a turning point of his career as far as leadership role in the national team is concerned.

“I feel there is no chance of me leading in the national side,” said Mushfiqur. “They (BCB) feel that there are some young players and if they are given the chance (captaincy) it will be beneficial for them,” said Mushfiqur. “In the national team or other teams there are a lot of young players and as I am not interested to lead in the national team, I feel they should be given the chance of captaincy so that they can gain experience from that tournament (President Cup),” he said.