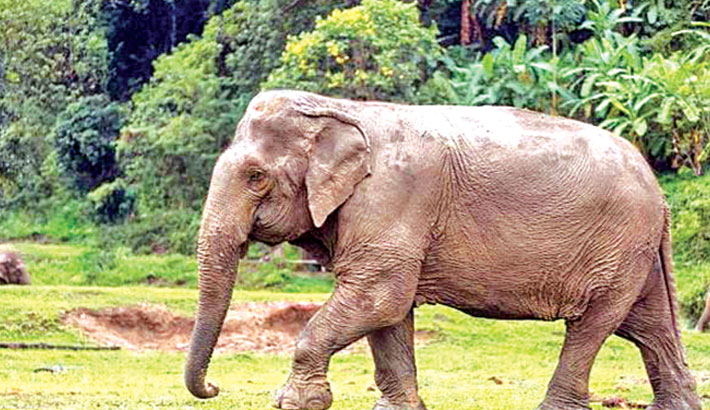 A wild elephant that fell into a well in southern India was lifted out with a crane following a 16-hour rescue mission involving dozens of rangers and firefighters.

The elephant fell more than 20 metres (70 feet) after it wandered into a village in Tamil Nadu state last week while looking for food.

“Villagers heard sounds and saw the animal had fallen into the well,” local forest ranger Rajkumar told AFP. He said they believed it might have been trying to escape from a pack of dogs. Frightened at first, villagers called authorities when they realised it could die unless rescued.

Some 50 rangers and firefighters rushed to the village, where they initially tried to pump water out of the well—but the scared creature kept pushing away the equipment they were using. The rescuers then tried shooting the 2.4-metre (eight-foot) elephant with tranquilliser darts.

“Out of the three times we tried, we succeeded twice,” Rajkumar said.

As night fell, watched on by a large crowd of villagers, rescuers climbed down into the well and attached straps to the sedated animal’s feet.