FS-level meeting in Delhi on Dec 8 to finalise agenda 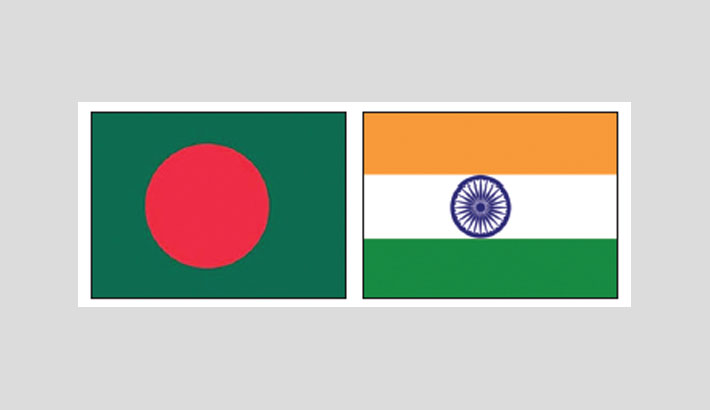 Foreign Secretary Masud Bin Momen will leave for New Delhi on December 7 on a three-day visit to finalise agenda of talks between Prime Minister Sheikh Hasina and her Indian counterpart Narendra Modi for their forthcoming virtual summit meeting.

Diplomatic sources in Dhaka and New Delhi said the Bangladesh foreign secretary will depart for New Delhi on December 7 and will hold a meeting with his Indian counterpart Harsh Vardhan Shringla on December 8.

During the meeting, high officials of two sides will discuss entire gamut of bilateral issues, specially the pending issues and finalise the agenda of summit talks between the two leaders.

Virtual summit meeting between Sheikh Hasina and Narendra Modi is likely to be held on December 17, diplomatic sources said.

Foreign Minister AK Abdul Momen has recently told reporters that Dhaka has invited Narendra Modi to visit Bangladesh in person on March 26 to join the celebrations of the country’s 50 years of independence.

"We have invited him (Modi) and they accepted the invitation in principle," he added.

The Indian premier was scheduled to visit Bangladesh this year to join the birth centenary celebrations of Father of the Nation Bangabandhu Sheikh Mujibur Rahman but the trip was cancelled due to Covid-19 pandemic.

Momen said Bangladesh and India will celebrate Bangladesh's 50 years of independence together next year and expected that the Indian premier will join the opening of the celebrations.

Before the foreign minister-level 6th Joint Consultative Commission (JCC) meeting in September this year, Momen hinted that some bilateral agreements are likely to be signed during Modi’s visit to Dhaka.

Foreign ministry officials said New Delhi has assured that the forthcoming virtual summit meeting is not seen as a substitute for Indian premier’s in-person visit to Bangladesh.

Bangladesh and India are currently enjoying excellent bilateral relations, which have bee termed 'golden chapter' and 'rock solid' by leaders of both the countries.

Momen on several occasions has described the Bangladesh-India ties as 'blood relations' saying, "Our victory is India's victory. Our development is India's development . . . Nothing can hinder this (Indo-Bangla) relations."

Our New Delhi correspondent reports: Foreign secretaries of the two countries will meet in Delhi on December 8 to finalise the agenda of Hasina-Modi summit meeting.

Bangladesh Foreign Secretary Masud Been Momen will leave for New Delhi on December 7 and return home on December 9.  He will meet Shringla on December 8. Masud The Bangladesh foreign secretary is likely to meet Indian External Affairs Minister Dr S Jayshankar before leaving for Dhaka.

Virtual summit meeting between Sheikh Hasina and Narendra Modi is likely to be held on December 17. Both the foreign secretaries will finalise the joint statement to be issued after the meeting.

The two countries are expected to sign four memorandum of understanding (MoU) during the summit meeting, according to foreign ministry sources. However, the sources said the MoUs are yet to be finalised. Officials of the two countries are working on the MoUs.

At the same time, some joint venture projects are being considered for inauguration on that day. Sources said new rail connectivity between Chilahati-Haldibari is likely to be inaugurated by the two premiers on the day of the virtual meeting.

Once the connectivity is in operation, Siliguri of North West Bengal and Dhaka will be connected easily.

A separate train service may start from Dhaka to Chilahati to connect with Haldibari. Plan for phase-wise issuing of tourist visa is for consideration from the day of regular special train service.

People of Northern Bangladesh can go to Darjeeling through Siliguri directly without coming down to Kolkata. People of Kolkata will also can travel to Siliguri via Bangladesh in much shorter time.

Haldibari-Chilahati will be the 4th connectivity between India and Bangladesh which was closed after the war.

Across North Bengal and in Bangladesh, there has been a steady demand for introducing train and air services. Thousands of Bangladeshi nationals visit Siliguri and nearby areas for education, health care, commerce and other purposes. Many Bangladeshi tourists also visit the hills every year, including Sikkim.

Indian Railways has laid 4.5 km of new track from Haldibari to Indo-Bangladesh border. It is connected by Chilahati route. Train will travel from New Jalpiguri /Sliguri to Dhaka via Nilphamari, Jamalpur and Nashirbad. Another service from NJP to Kolkata will run through Chilahati–Darshana to Benapole.

There is also plan to inaugurate Gandhi- Bangabandhu digital exhibition and to lay foundation stone of Mujibnagar-Kolkata road connectivity.