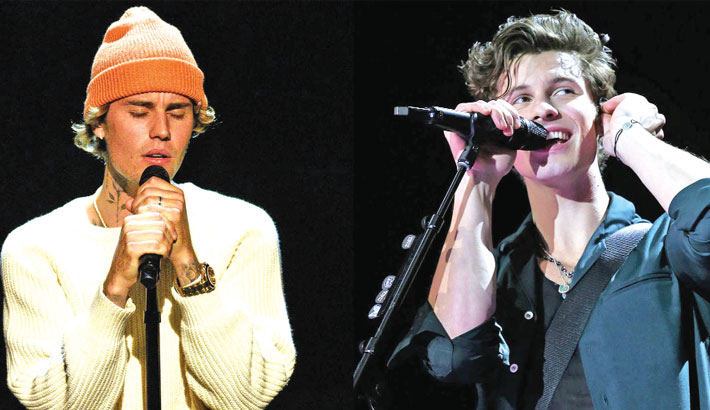 Canadian singers Shawn Mendes and Justin Bieber have unveiled their maiden collaboration ‘Monster’, where the duo has opened up about dealing with fans’ expectations, report agencies.

The song begins with Mendes criticising the pressures of being worshipped by the audience, which makes monsters out of the same artistes if they don’t fit in their idea of perfection. Bieber joins in the second half of the track, narrating his story of becoming a music sensation at the age of 15 and the trauma of being subjected to public outrage for his “bad choices”.

The video has been directed by Colin Tilley. ‘Monster’ is a treat for all fans of Justin Bieber and Shawn Mendes, as they waited for a long time for the two to make music together. The musicians released Monster’s teaser earlier this week and later piqued fans’ excitement with their friendly banter on Twitter.

After Justin Bieber posted a clip of his old interview, where he had asked, “Who is Shawn Mendes?”, Mendes replied with a picture of himself with Jacob Tremblay, who played a young Bieber in his ‘Lonely’ video.

“You don’t remember us taking this picture together?” Mendes wrote. To which, Bieber quipped, “This guy thinks he can beat me in hockey.”