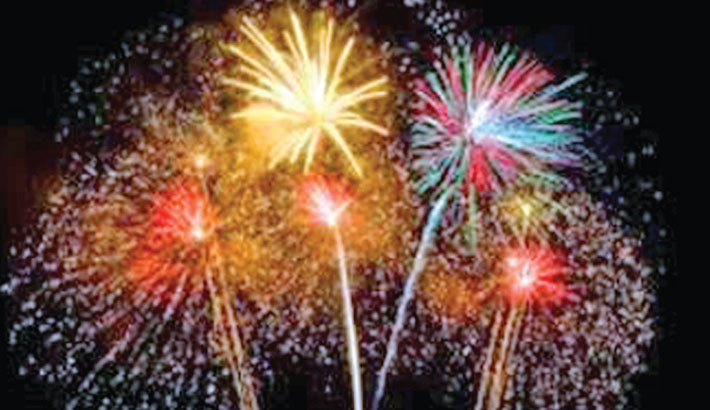 The word Kali has been derived from Sanskrit meaning she who is black. She is normally portrayed as disheveled hair, blood thirsty, four handed, holding  a number of arms, deep red tongue sticking out, almost naked, wearing a skirt of severed human arms and a necklace of detached blood soaked heads of demons, standing with one foot on the other thigh and another foot on the chest of Shiv, her consort. Probably she is the fiercest looking feature among all deities of the world.

Different forms of Kali are mentioned in scriptures  viz. Nityakali (eternal Kali), Shamshankali (Kali of cremation ground), Rakshakali (protector Kali), Shyamakali, Dakshinakali, Siddhakali, Bhadrakali, Chamundakali etc. Shyama Kali is worshipped in households. She is the dispenser of boons and the dispeller of fear. People worship Raksha Kali as the protector in times of disaster. As found in Bankimchandra’s novel Devi Chowdurani dacoits used to worship Shamshankali before going for operation but this Kali is not worshipped socially.

According to scripture some works viz. going to cremation ground or graveyard, sweeping household after evening, lending milk or milk product anybody are prohibited on the day before Kalipuja. Moreover, shoes or anything made of leather must not be placed in worship room and no one should enter there wearing shoes even by mistake, The goddess should be worshipped with fresh flowers and broken idol must  be avoided. If broken, it is to be replaced by a fresh one immediately.

Burning incense during worship or in the evening for smell or for removing mosquitoes is a common practice in almost every Hindu household. During festival, use of incense increases, but recent research says that it may change the normal shape of cells of lungs, may cause headache, asthma and even heart attack. Air pollution caused by incense or similar substances is a concern all over the world. Smoke of crackers aggravates the situation at the night of Kalipuja.

On this occasion, pandals and houses are colourfully decorated with various types of candles, electric bulbs and laser light, even earthen lamps. Just like flood light in a stadium the sky of night is flooded with light. It is not harmful, but cracker (both fire and sound), another essential concomitant of Kalipuja, is very dangerous. Crackers are prohibited in Bangladesh, but without it Kalipuja is unimaginable in India. Without thinking of its harmful effect on environment and human health, millions of crackers are exploded in this night.

To elevate the jubilation of any household, cosmopolitan, cultural, official or social festival or event the custom of exploding firecrackers is very old. But, sometimes this additional element of pleasure causes serious danger like burn and death, Even houses can catch fire. Therefore, it is important for everyone to be cautious about it, but how? Some procedures may be followed:

1. Never put crackers and matches together in pocket,

2. Never place a firecracker in a crowded area,

3. Don’t give crackers to children,

4. Don’t wear synthetic or large pieces of clothes because it may catch fire,

5. Don’t fire in a running car. It may cause serious accident.

6. Do not place any burning candle or incense stick beside stored firecrackers.

7. Do not fire a rocket if there is any obstacle under or above the tree.

8. Close your eyes when exploding firecracker. These are safety measures, but who cares?

To reduce pollution, in 2016, the Supreme Court of India ruled that crackers having less pollution and noise can be sold and used. Time limit for burning crackers was fixed from 8:00 p.m. to 10:00 p.m. on Diwali and from 12:15 p.m. to 12:30 p.m. on Christmas Eve and New Year. Union Ministry of Science and Technology of India launched environment friendly firecrackers to reduce air pollution. Those are made in the laboratory of the Council of Scientific and Industrial Research. To recognise eco-friendly crackers and to differentiate them from others a QR code is to be printed on it.

Corona pandemic has changed many things, including festivals. Lakhs of visitors flock to Dakshineswar Kalibari on the Hoogly River near Kolkata during Kalipuja. Under changed circumstances, there will be no scope to enjoy worship sitting on temple premises. To avoid crowd, physical distance and all health guidelines will be strictly followed. Only 200 persons can stand on temple premises for a short while by rotation. There will be no distribution of prasad. The worshipper Brahmin will have to wear PPE.

Pleasure of exploding crackers lasts for a few seconds, but its pain is long-lasting. Recent research says that emission of silicon and chronic obstructive pulmonary disease increase pain of asthma patients. In 2002, lungs of 30% patients attacked by SARS virus were affected in long term. Due to smoke of crackers, 20% - 30% people may be badly infected by fibrosis and bronchitis. Kolkata High Court declared all Durgapuja pandals in West Bengal as containment zone and no entry zone. From the standpoint of pollution and public health, Diwali is more dangerous than Durgapuja because of the practice of exploding crackers. Fire and sound crackers pollute environment equally.

Deciding two pubic interest litigations on 5th November, Kolkata High Court has again passed a strict order to keep Kalipuja pandals free from crowd and has imposed ban on sale and explosion of crackers. A very wise and effective decision indeed! Chief of West Bengal Institute of Psychiatry has commented that violators of this order should be termed as enemy of people, but a group of people and children are not at all happy with this order. Lighting may be preferred to crackers though the so- called pleasure of exploding crackers cannot be replaced by light. Children are silent, but West Bengal Firecrackers Traders’ Association has claimed compensation of Tk. 2,00,000/- for each of its 53,000 listed members to make up the loss caused by the order of the High Court. Whatever terrible be the extent of air pollution arising from smoke of exploded crackers and devastating effect of Covid-19, neither devotion nor public health, their only target is profit.