Sanctity of marriage in Christianity 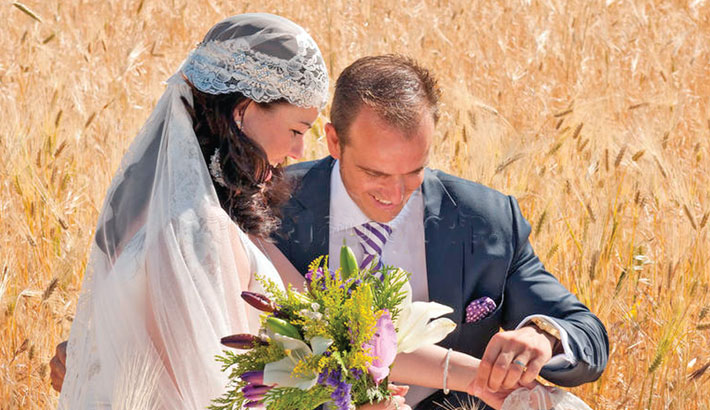 Of all human relations, marriage relationship is the most intimate one between two human persons. According to the Bible, marriage between a man and a woman is ordained by God. God said, “It is not good for man to be alone” (Genesis 2:18). It is God, who designed, instituted and ordained marriage for human society. Theologically, Christians consider marriage as a spiritual relationship.  It cannot be considered apart from the Biblical ideas of one flesh and the covenant relationship. It is a concern of the Church as an institution. Psychologically, marriage is the most intimate and complex of adult interpersonal relationship. Seeing so many marriage break-down, the American comedian sarcastically observed, “‘Marriage’ . . . is not a word, but it is a sentence”, meaning it is punishment! This expresses a sad picture in our world since today the pristine beauty and profound importance of marriage is not respected by many.

Marriage is a permanent relationship, i.e. this should remain valid till death of one of the couple in question. It is a question of “leaving” and “cleaving”: this means there should be no third party between the married couple interfering in any matter of their conjugal life and living. Through marriage, the two become “one flesh” as it is declared in the Bible: “. . . For this reason a man will leave his father and mother and be united to his wife, and they shall become one flesh” (Genesis 2:24; Matthew 19:5; Ephesians 5:31). This does not, however, mean that the married persons will not have any relationship with their parents or any other relatives or friend or neighbour after their marriage. No, certainly not! Becoming one flesh has a spiritual meaning. It means that they will live in one mind-set, in unity not interfered by any other person undermining their loving relationship, living as true friends. To clarify this, I think we can quote what Aristotle said about friendship: He said, `friendship is one mind in two bodies’. The two become one at a very profound level.

Marriage is not for any experiment, but for commitment. We may talk of finding the right person for marriage, but it must also be for being the right person. The primary objective of holy Christian matrimony is companionship as it is said in Genesis 2:18, 22. God gave man an intimate, personal companionship between husband and wife for their mutual fulfillment and satisfaction. The next purpose is procreation: God said to man, “Be fruitful and multiply.” (Genesis 1:28). The other aim is regulated sexual enjoyment in which mutual love, not lust, between the male and the female serve as the cementing bond.

We can discern four foundational principles behind the institution of Christian marriage. Firstly, it is monogamous and heterosexual binding of one man and one woman together in marital relationship (Matt. 19:4-6; I Corinthians 7:10). The first Scripture on godly behavior occurs in the story of creation, and it concerns God’s intention for heterosexual marriage, marriage relationship between a man and a woman. Homosexual marriage is condemned as sinful (Romans 1:24-27; 1Corinthians 6: 10; 1 Timothy 1:10) as serious depravity. Marriage is intended to be monogamous, one man and one wife. Marriage in Christianity is no contract of any kind, but it is a holy vow or covenant for commitment to one another for life to live together in health and happiness, “in poorer or richer”, or in any circumstance. The marriage vows of “I will” between the bridegroom and the bride is before God and before society, a life-long promise.

Second principle is that marriage is for permanent relationship terminable only through death. Ideally, there is no divorce in Christianity. The solemn Marriage vow is to live committed to one another is live together until death. Moses had permitted ‘divorce’ for the ancient Israelites because of the hardness of heart of the husband. It was not originally permitted by God. But in Christianity no divorce is allowed unless for chastity reason. But forgiveness of one partner for any reason of lack of fidelity is praised. In the prophetic book of Malachi God said, “I hate divorce” (2:16).

The third one is fidelity, which is of supreme importance in a marriage relationship. In the Ten Commandments, God commanded people not to commit adultery as a categorical imperative (Exodus 20:14, Deuteronomy 5:18). All the commandments in the Ten Commandments speak of respect: respect to God and respect for mankind. When we lose respect, society crumbles. Emil Brunner says that fidelity in both the partners is the basis of any Christian marriage. The New Testament says, “Marriage is honourable in all, and the bed undefiled” (Hebrews 13:4). No romantic and emotional love or affection, but fidelity and respectfulness between the wife and the husband are of utmost importance in an authentic Christian marriage. This called agape-love or selfless love, which manifests in mutual understanding and trust, justice and forgiveness. Apostle Paul depicts this kind of love between husband and wife having spiritual bias to love in his Epistle to the ancient church in Ephesus.

Fourthly, in Christian teaching, marriage is for mirroring the union of Christ and his Church. Christ blessed the profound significance of marriage. The Christian tradition is to follow his teaching and enshrine the sanctity of wedlock. It has defined marriage as the fundamental relationship in what a man and a woman, by sharing with one another the wholeness of life, work for their own growth in love, holiness and fulfillment with every blessing from God in their conjugal and family life. Thus, marriage is for building up of peaceful human civilisation for eventual glory and praise to God, the author of authentic holy matrimony.

The writer is a Christian Theology teacher