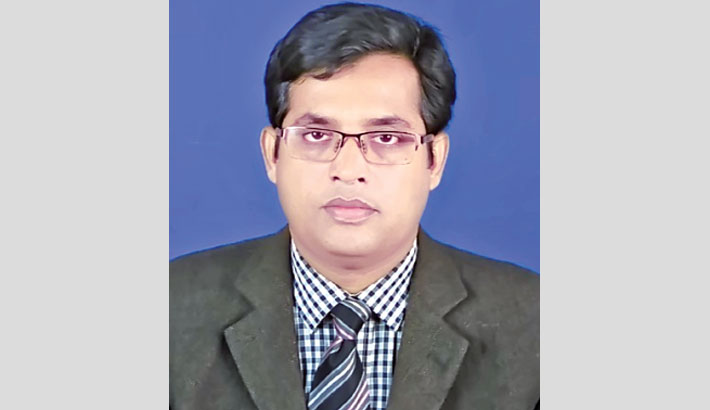 The entire world is passing through the most cataclysmic impact of the century because of CIVID-19 for the preceding nine months. Though the magnitude of COVID-19 contamination diminished in the greater part of the world it has again begun to increase. The USA and the vast majority of the European states have witnessed the second wave of COVID-19 infection, as these states are progressing toward winters. However, there is a divergence among public health specialists, as many have described the recent escalation of COVID-19 in the USA as the third wave. Like other countries of the world, the government of Bangladesh apprehends the second wave of infection in winter. However, the public health specialists are very concerned about the control of the first wave of COVID-19 infection, as we are still experiencing 10% and above daily infection rate in the country. The severity of the infection has dwindled to a considerable degree. But the volume of tests has likewise declined, as the people have displayed an unwillingness to run for testing.

While the giant economies have struggled to deal with the crushing effect of COVID-19 on health and economy, the government of Bangladesh has dealt with the situation well. The government has implemented over one lac core incentive package to support the recessions and industries to tackle the negative effect of COVID-19. Even the government was very instrumental in supporting the underprivileged people during the lockdown when they did not have any work. The state has enforced a decision to transfer cash to the account of the poor. Therefore, the economy of Bangladesh has been performing well during the COVID-19 catastrophe. The foreign reserve has outscored records in the country. Even the government has earmarked an extra amount of money for the health sector restructuring in the budget as we have witnessed the grief state of our health system during the COVID-19.

Along with the government's endeavours, the immunity of the people of Bangladesh, notably people who struggle hard to earn a living, has helped to fight the COVID-19 infection. From various sources, we have learned that working-class people have not greatly infected. Of course, there is a disagreement on such an interpretation as we have failed to carry out an extensive PCR test and rapid test to make sure that the rate of infection among the working-class population was low. However, the herd immunity theory should not be adhered to while negotiating with this lethal virus, as in most cases the patients in Bangladesh are asymptomatic. So, people get infected, but they do not become severely ill. This is a crucial factor for the patients as the virus is causing damage to many of the essential organs of the human body at our ignorance. Therefore, public health specialists have been stressing the importance of rapid testing to determine the actual number of patients.

While many countries of the world including South Asian countries like India have adopted the policy of herd immunity to tackle the COVID-19 virus, public health specialists across the globe have been found very critical of such policy. It is mostly because; there is a misunderstanding about the concept of herd immunity among the policy-makers. Herd immunity refers to a condition when the majority of a country's population or society is immune to an infectious disease; it provides indirect protection to others who are not immune to this disease. This is called herd immunity or herd protection. However, many of us have been suggesting to attain herd immunity to COVID-19 by getting exposed to the virus. Such a belief is a suicidal decision on the part of the policy-makers. Even it is unethical to expose the majority of the population to such a virus that ultimately affects at least three major organs of the human body including lungs, heart and brain. Therefore, the government should take cautious decisions while dealing with COVID-19 infection.

As we reach winter, we are worried that the second wave of COVID-19 might develop into more arduous than the initial wave. Therefore, our Prime Minister has been vigorously pressing the people to follow the directions of the health department to shield them from getting infected. She has also appealed to people to avoid crowded places, wear face masks, and frequently wash their hands. Unfortunately, the bulk of the population of the country has been found very reluctant in their movement outside homes. They are moving around without wearing face masks in the markets and public places. Such reckless behaviour may prompt them to experience an unprecedented catastrophe if the second wave of COVID-19 hits Bangladesh. Even people look with scepticism at someone who uses masks and face shields while stepping outside.

The pursuance of benefits of every decision depends to a considerable extent on its successful implementation. Therefore, the government should implement whatever decisions have been taken to tackle COVID-19 contamination with sincerity. If not, it would be worthless to take decisions. The unwillingness of the majority of the population of the country to adhere to health rules will not only put them at risk of COVID-19 infection but also create a burden on the health departments if they are contaminated.

Accordingly, all actors should strive collectively to combat this virulent virus. To make it happen the central government along with its field-level officials shall have to play a prominent part in employing local government agencies and community people. We have observed that the government has done exceedingly well during the first phase of COVID-19. But, they should remain cautious to face the potential challenges of the second wave. Otherwise, we will have to encounter various sorts of challenges owing to the reluctance of the inhabitants to follow directions of the government to deal with the cataclysmic effect of COVID-19.