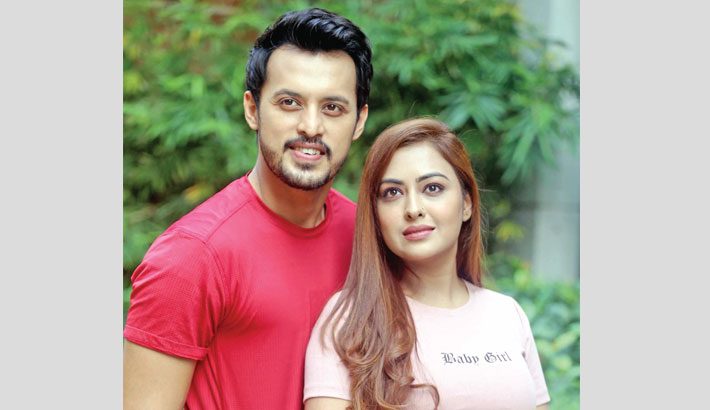 Actor Irfan Sajjad and actress Tanha have paired up for a single-episode drama titled ‘I See You’.

Kajal Arefin Ome has written and directed the drama. The shooting of the drama has already been completed at a location in the capital.

Taking about the drama, Irfan Sajjad said, “The story of the drama is amazing. Ami bhai has directed the drama with outmost care. Tanha is a very co-operative actress. We have tried our level best to portray ourselves according to the characters. I think it will be a good drama.”

Tanha Said,“Through the drama ‘I See You’ I’ve returned to shooting after a nine-month hiatus. It is also my first work with Irfan Sajjad. The story of the drama is different from the other contemporary stories. Besides Irfan, Monira Mithu apa, Mukit bhai, Sarika have acted in the drama. I hope the audience will enjoy the drama.”

The drama ‘I See You’ will be aired on a private TV channel very soon.

Irfan Sajjad is a popular model and actor of the country. He started his career as an actor in 2013 through the telefilm ‘Bhalobashar Golpo’ directed by Mabrur Rashid Bannah. In his seven-year acting career Irfan has appeared in numerous TV dramas and several films. He made his big screen debut with the film U-Turn directed by Alvi Ahmed in 2015.

On the other Hand, Tanha is a film actress. Occasionally she appears in television drama.