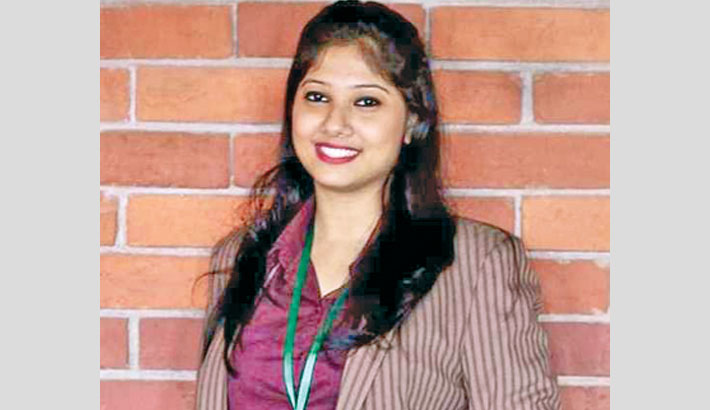 From a traditional perspective, 'sextortion' is a form of sexual exploitation that occurred when people in positions of authority seek to extort sexual favours in exchange for something within their power to grant or withhold. In effect, sextortion is a form of corruption in which sex rather than money is the bribe's currency. It is the abuse of authority or position to exploit someone vulnerable or dependent on their power. For example, in July 2019, Norwegian ex-minister Svein Ludvigsen was sentenced to five years imprisonment for sexually abusing three asylum seekers. Also, former Canadian immigration judge Stevan Ellis, an Immigration and Refugee Board member, was found guilty of seeking a sexual relationship with a South Korean refugee claimant in exchange for a favourable ruling.

However, in recent times, in some jurisdictions, the term sextortion has been used as a neologism of the two terms 'sexual' and 'extortion,' which denotes the possibility of spreading intimate sexual materials in order to compel a victim to comply with certain unlawful demands. At present, the term has been widely used for cybercrime, where image-based and video-based sexual offenses are committed for different purposes. The reason behind committing this cyber-based crime is to extort money or fulfill a pervasive sexual desire or control the victim by continuously putting psychological pressure on him/her. After developing social media, Youtube, and pornographic sites, it becomes effortless to spread real or fake pictures or videos within a second. The most horrible thing is that the offenses are sometimes committed as an organised crime involving several jurisdictions.

An intelligence company 'Sensity' recently reported that globally one hundred thousand women's pictures had been taken from social media and made them naked by using artificial intelligence named 'deepfake bot.' After that, these fake nude images were spreading by messaging application 'telegram'. Furthermore, the report reveals that the offenders did this because of entertainment.

Talking about the first category that is minor-focused cyber sextortion offenders, the offender only chooses minors under 18 years of old. Some offenders consist of pedophiles whose sexual desires only focused on minors. Preferential child sexual offenders target minors to fulfill their unlawful sexual desire by threatening the victim to give the offender more sexual content. Sometimes the offender forced the victim to send nude pictures of their younger siblings. Here, basically, unlike traditional pedophiles, the offenders and victims are strangers. On the other hand, situational child sexual offenders targeted minors for money.

In the second category, cybercrime cyber sextortion offenders relied on technologies that facilitated scams and hacking to steal photos from victims and compel them to provide more. Cybercrime cyber sextortion perpetrators have displayed no age bias for victims and abused both adults and minors. Under the third category, present or former romantic partners were threatened by intimately abusive cyber sextortion criminals using photographs they captured during their intimate relationships. Their demands were less likely to be sexual and concentrated on controlling the actions of victims. Lastly, transnational cyber-sextortion criminals are distinct from other cyber-sextortionists because they commit the offense as part of organisations involved in crime as business or for-profit and primarily targeted men. All cyber sextortion includes a sense of power and influence over the victim, exercised and preserved by the threat of transmitting images by technological means. Since these cyber sextortionists use the highly linked space between offline and online to intimidate and coerce to foster fear of publicised. Interestingly, this offense overlaps with other traditional offenses such as extortion, intimidation, blackmailing, spreading pornography, hacking, sending offensive materials to others via the internet, etc. However, the psychological stress that a victim has to suffer is unmeasurable.

Talking about South Asia's area, through the misuse of technology, offensive photographs and videos are distributed by blackmailing women through various social media methods. Unfortunately, sometimes a boyfriend, husband, or partner spread their intimate images and videos on the internet to satisfy his violence. In fact, one recent trend has been started where many are spreading rape videos on the internet. According to the Bangladesh National Woman Lawyer Association, an average of 11 women in the country commit suicide every year due to cybercrime.

As stated earlier, cyber sextortion is an offense that overlaps with other codified laws, and there is no such specific offense called cyber sextortion that has been mentioned in many jurisdictions. Whenever cyber sextortion occurred in Bangladesh, a victim sought to get justice under different penal laws such as, The Pornography Control Act, 2012, The Digital Security Act, 2018, and sometimes maybe under the Penal Code, 1960. If the offender commits a sexual relationship by blackmailing the victim of spreading images and videos, this should be dealt with under the provision of rape law.

The hurdles increase for the law enforcement agencies where the offense is committed as a transnational cyber sextortion. As under different jurisdictions, laws and punishments are varied, and not every agency is equipped with advanced technology like the FBI. Indeed, it is a great challenge for the law enforcement agencies of the least developing countries to tackle transnational cybercrimes. The Cyber Crime Investigation Department of the Counter-Terrorism and Transnational Crime Unit (CTTC) in Bangladesh has done a remarkable job, where they responded to a minor American girl's complaint. The girl sent a Facebook message to the department and wrote that she met a Bangladeshi national boy on Instagram and sent him her nude images. Later she realised that she was trapped in a child pornography racket. After eight months of rigorous operation, the CTTC team finally successfully arrested three persons under a child pornography racket who traded these pictures internationally.

Due to the fear of ignominy of thyself and family, victims of cyber sextortion silently suffers from extreme psychological stress. The majority of victims refused to file a complaint; instead, they surrender with the offender's unlawful demands. Mostly the minors are victimised under cyber sextortion as they quickly believe a stranger on the internet and share personal images. Under such situations, victims should not get panicked; instead, they should stop contacting the offender immediately. They should not delete the account as it contains the information of the offender. To avoid further victimisation, they should promptly make a complaint to the police. Besides all these, whoever is the victim, adult male, female or minor, family and society should stand by the victim. This heinous offense is not for a specific society, country, or region; instead, it is a global issue that needs to be combat internationally.

The writer is a senior lecturer, Department of Law, East West University , Bangladesh.