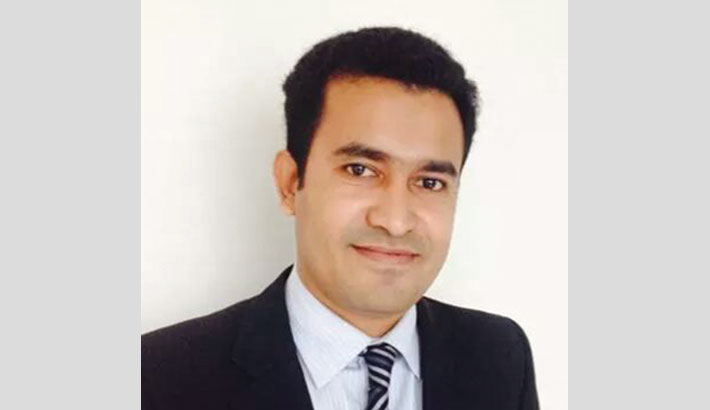 Dishonour of cheque cases are very common disputes in our courts in respect of business transactions and other monetary disputes. Sections 138 to 141 of the Negotiable Instrument (NI) Act of 1881, deal with the provisions of cheque dishonour issues. The long established rule was the burden of proof is on the cheque holder about the veracity and transaction between the parties, though sections 43 and 118 of NI Act provide the burden of consideration upon the claimant. The complaint was to prove the cheque, signature of holder and grounds of dishonour in the court. For such legal propositions, a number of people were victimised due to fraudulent transactions, blank cheques, and security cheques for business, loan and other transactions among the litigant people.

Recently Appellate Division has published the said milestone judgment of Criminal Appeal 63-66 of 2017, in the case of ‘Md. Abul Khaer Shahin Vs. Emran Rashid and another’ on the Supreme Court website. Honourable Justice Hasan Foez Siddique is the author judge of the full bench. In this judgment, Appellate Division (AD) focuses on the legal action of consideration for cheque transaction between the Parties. The AD deliberately emphasises on the implication of sections 43, 118, 118 and 141 of the Negotiable Instrument Act, 1881.

The short fact of this case was that the complainant, in all the petitions of complaint, stated that the respondent, in order to pay the demand pursuant to the agreement no.1897 of 2012 of Gulshan Sub-Registry Office, issued four Cheques on 01.07.2013 in favour of the complainant for a sum of tk. 4, 50, 00,000 (four crore and fifty lac) vide separate four cheques. The complainant presented those four cheques in the bank for encashment but all those cheques were dishonoured by the bank with endorsement that, “Payment stopped by drawer”. Thereafter, the complainant appellant observing all legal formalities as contemplated under the Act had filed four separate complaint cases.

This landmark decision is upon the analysis and burden of proof of consideration between the parties. For such reasons sections 43 and 118(a) of NI Act are very vital for legal recourse and understanding. Section 43 of the Act of 1881 states that “a negotiable instrument made, drawn, accepted, endorsed or transferred without consideration, or for a consideration which fails, creates no obligation of payment between the parties to the transaction.........”

The honourable AD expounded in the judgment about primary burden of consideration that “Once there is admission of the execution of the cheque or the same is proved to have been executed, the presumption under section 118(a) of the Act is raised that it is supported by consideration. The category of ‘stop payment cheque’ would be subject to rebuttal and hence it would be an offence only if the drawer of the cheque fails to discharge the burden of rebuttal.”

The honourable AD explicitly explained about the burden and shifting of burden of proof on consideration in this paragraph that “the accused person can prove the non-existence of a consideration by raising a probable defence. If the accused discharges the initial onus of proof showing that the existence of consideration was improbable or doubtful or the same was illegal, the onus would shift to the complainant. He will be obliged to prove it as a matter of fact and upon its failure to prove would disentitle him of grant or reliance on the basis of negotiable instrument. Where the accused person fails to discharge the onus of proof by showing the non-existence of the consideration, the complainant would invariably be held entitled to the benefit of presumption under section 118(a) of the Act in his favor.”

Lastly, the AD also set the responsibility of the accused to establish the plea of defense that “to disprove the presumption, the accused person has to bring on record such facts and circumstances upon consideration of which the Court may either believe that the consideration did not exist or its non-existence was so probable that a prudent man would under the circumstances of the case, shall not act upon the plea that it did not exist.”

The Apex Court points out about the operation of burden of proof in the trial of NI Act cases that “the burden of proof of the accused to disprove the presumption under sections 118 and 138 of the Act is not so heavy. The preponderance of probability though direct or substantial evidence is sufficient enough to shift the onus to the complainant. Inference of preponderance of probabilities can be drawn from the materials on record and also by reference to the circumstances upon which the party relies.”

This landmark judgment is now followed as precedent in the HCD and Subordinate courts in conducting trials of NI Act cases. The consideration of the cheque is the core point of the case to prove or disprove the claim of the complainant. Recently, Honourable Justice Jafor Ahmed delivered  a judgment on this principle citing the case reference of ‘Md. Abul Khaer Shahin vs. Emran Rashid and another (Criminal Appeal Nos. 63-66 of 2017)’ in the case of Mahmudul Hasan vs The State and another (Criminal Appeal No. 10468 of 2017).

There is misunderstanding about agreement on consideration. From the above analysis, it is crystal clear that consideration can be verbal or written. The presumption of consideration about cheque transactions can be varied case to case. The court will consider the basis of transaction and shifting of burden of proof between contesting parties.

The honourable HCD has recently taken a decision on security cheques against the loan of the Bank and financial institutions. The HCD invariably pointed out that the concerned Bank firstly will file Artho Rin Case in the Court. Upon exhausting the Artho Rin Case, the Bank can file an NI Act case for outstanding claim. The HCD held this decision in the case of ‘Nure Alam Siddique (Tulu) vs State and another’ (71 DLR 2019 HCD 570).

In another decision, recently a bench of HCD fixed Joint Sessions Court as the trial court of NI Act cases for addressing the unique forum of Appeal. The concerned Bench directed to issue a circular to maintain this order. Upon considering discussions, it is clear that our apex court takes a key role to establish rule of law and justice. The recent development on NI Act cases can reduce a number of litigant people suffering from false claims, fraudulent transactions and other harassment filing baseless cases through cheques.