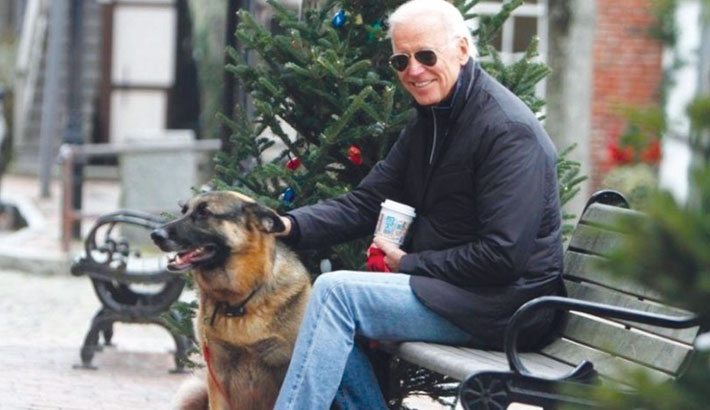 A Joe Biden presidency means the return of a long-held tradition of pets in the White House.

Donald Trump was the first US president in more than 100 years not to have a pet, reports BBC.

Democrat Biden is set to bring his two German shepherds - Champ and Major - with him to the sprawling residence after the inauguration in January. The dogs have a big fan base on social media. A Twitter page in their name has tens of thousands of followers. Here’s a look at what we know about the new “First Dogs”, and their predecessors.  Biden got Champ as a puppy after being elected vice-president in 2008.

His wife, Jill, promised him the post-election pet, and posted pictures of different dogs on the back of the seat in front of him on his campaign plane, according to Politico.

The name, announced by Biden’s grandchildren, had sentimental significance.

In campaign speeches for the 2008 election, he recalled how his father would tell him: “Any time you get knocked down, champ, get up!”

Major was fostered and then adopted in 2018 from the Delaware Humane Association. In an Instagram post during the campaign, Biden shared a video of Major with the caption: “No ruff days on the trail when I have some Major motivation.”