Rohingya crisis and cooperation with Gambia 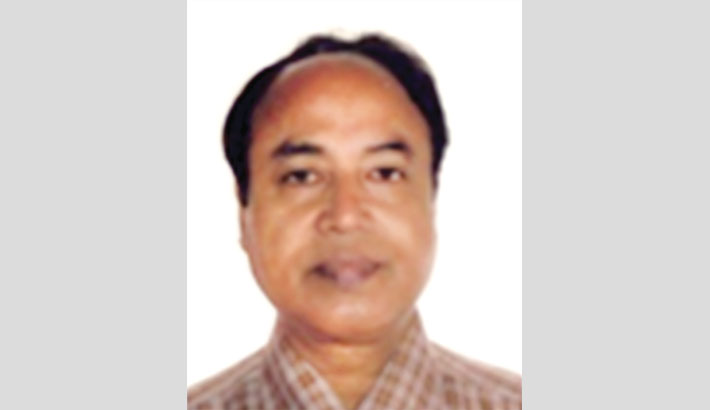 The Gambia is a small country in West Africa situated on the coast of Atlantic Ocean, surrounded by the neighbouring country of Senegal having population of 2.28 million with an area of 10,689 sqkms (4,127 sq mi). The Gambia is a strip of land 15 to 30 miles wide on either side of the Gambia River, the nation’s namesake, and extends almost 300 miles long into the interior; except for a short Atlantic coastline in the west.  The Gambia River flows through the centre of the country and empties into the Atlantic Ocean. 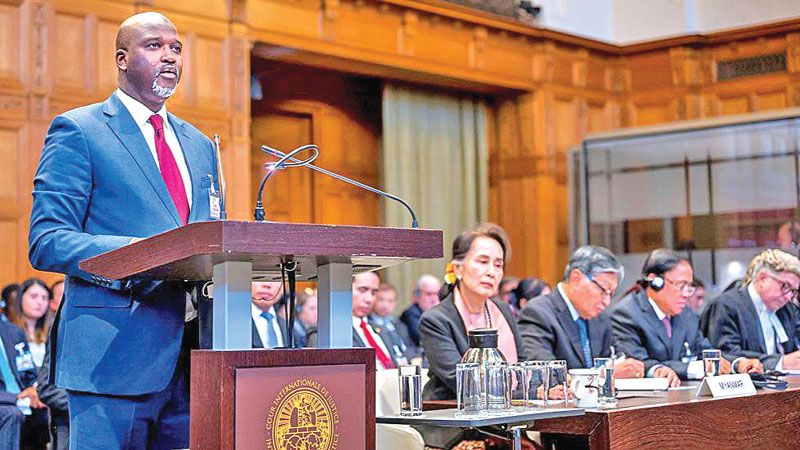 The Gambia has attracted the attention of the whole world for its laudable steps to fight for humanity and struggle for preventing and stopping genocide of ethnic minority Rohingya people of Myanmar. More than 1.2 million Rohingyas fled the country due to brutal atrocities, violent persecutions and carnages carried out by their security forces and allied notorious citizens, and took shelter in neighbouring Bangladesh to save their lives. Despite Bangladesh is one of the most densely populated countries in the world, it extends profound generosity to these distressed people and provides them shelter with all sorts of help. Bangladesh appealed to the international community to come forward for help and support these destitute people and save their lives. Bangladesh urges the United Nations and also seeks cooperation of the different nations including the powerful countries such as USA, UK, China, India, EU, Russia etc. to pave the way for peaceful ‘return-back’ of these huge number of refugees to their own homeland.

The Gambia has come forward with bold steps to take Myanmar to the International Court of Justice (ICJ) for committing genocide in its Rakhine state. According to the Ontario International Development Agency, Canada (July 18, 2018), during the genocide, the Myanmar military and the local Rakhine Buddhists killed at least 24,000 Rohingya people; about 18,000 Rohingya Muslim women and girls were gang raped and sexually assaulted; about 116,000 Rohingyas were beaten up, and 36,000 Rohingya were thrown into fire. The United Nations agencies including various news media have reported that ‘what the Myanmar military did is a text book example of ethnic cleansing and genocide.’

Gambia’s Attorney General and Minister for Justice Abubakar Tambadou filed a case of genocide at the ICJ, Hague in the Netherlands on 11 Nov 2019 and alleged that ‘Myanmar has committed mass murder, rape and destruction of communities against the Rohingya group in Rakhine state since about October 2016 and that these actions violate the Genocide Convention.’ He said in the court, “the lives of the Rohingya in that country (Myanmar) are in danger.” ‘He believes that The Gambia may not be a neighbour of Bangladesh and Myanmar, but as a signatory of the Genocide Convention, they have a responsibility to stop and prevent genocide.’ On 23 January 2020 the ICJ issued an order to Myanmar to prevent genocidal acts against the Rohinga Muslims during the pendency of the case, and to report regularly on its implementation of the order. The judge presiding the case Abdulqawi Ahmed Yusuf, has given Myanmar four months to implement his rulings: Myanmar must take “all measure within its power” to prevent genocide. Prof. Dr. Marko Milanovic of University of Nottingham called the court’s order “obviously a win for The Gambia, and for the Rohingya cause more generally.”

Following this rule of ICJ, Canada and Netherlands have decided to formally join the legal bid to hold Myanmar accountable over allegations of genocide and agreed to intervene in the case "to prevent the crime of genocide and hold those responsible to account". The EU and USA had also announced targeted sanctions against key functionaries in phases.

We are grateful to the Gambia for this remarkable achievement of upholding humanity as well as for helping Bangladesh to resolve the Rohingya crisis. In hosting these huge refugees Bangladesh has been facing many challenges in providing the shelters, supply of adequate food, cloths, water and sanitation, medicine, education for children, and ensuring security, maintaining law and order, controlling drug abuse, preventing drug trafficking and protecting environment. At this stage the role of the Gambia is like a friend in need is a friend indeed.

In fact we have had longstanding experiences of working with the people of The Gambia from the top to grass-root level. In October 1999 a Bangladeshi team of experts and technicians started working for the development of agriculture sector of the Gambia under the South-South Cooperation (SSC) framework of the FAO that had been successfully continued for more than five years. We have had the opportunities to work for the common farmers, public and private sector farms, different institutions including the Presidential farms and palace areas. The Bangladeshi team consists of Water control expert, Rice production expert, Horticulture expert, Livestock expert, Fisheries expert and Water control technician, Rice technician, Horticulture technician, Poultry technician and Dairy technician. We worked within the concept of the SSC that facilitates the ‘mutual sharing and exchange of development solutions, technical, institutional and policy solutions for sustainable development that have proven cost-effective and have considered potential to be shared, scaled up and adapted for the benefit’ of the people of the Gambia.

We found the people of the Gambia, in general, very simple, honest, hardworking, very friendly, most generous, very cooperative and above all ‘peace-loving’.  I have had great respect and honour for the hardworking women-folk of the Gambia and I believe they are the backbone of the Gambian agriculture. In Bangladesh, the Gambians are working and participating in many areas. Presently the Pro-Vice Chancellor of the Islamic University of Technology (OIC), Dhaka, Dr. Omar Jha is from the Gambia. Many Gambian students have been participating in this institute since long. The Gambians are also interested to share experiences of Grameen Bank in Bangladesh. Gambia made several efforts and expressed its willingness to work with Bangladesh to share, learn and gain experiences and sent delegates time to time.

In December 2014 The Gambian Minister for trade, industry, regional integration and employment Mr. Abdoulie Jobe visited Bangladesh with a high-powered business delegation. ‘He stressed on alliance and investments in agriculture, food processing and packaging sectors. He invited Bangladesh’s businesses to invest in his country and offered privileges including land and tax waiver.’

In May 2019 The Gambian Minister for Foreign Affairs, International Cooperation and Gambians Abroad Dr Mamadou Tangara visited Bangladesh and said “We’re looking for a very fruitful cooperation between Bangladesh and Gambia. There are lots of opportunities that the two countries can tap together. We may import Readymade garments, pharmaceutical, ships and boats from Bangladesh.”

Now it’s the time to choose our best friends and promising international development partner for the welfare and prosperity of our country and The Gambia as well.  Our sincere efforts will definitely lead both the nations to a brighter future.