Six points elaborated – a call for our survival

As previously mentioned, Sheikh Mujibur Rahman presented the historic Six-Point Program at Lahore on February 5, 1966. He named this campaign ‘a call for our survival’. This was not an easy campaign to sail for him. He faced opposition from not only West Pakistani politicians but even a few of his own party members and leaders. So, he had to be highly strategic in gaining endorsement from his own party leaders through a special working committee meeting. Just before that meeting, a booklet signed by Abdul Momen was circulated among students on 21st February to build up the support base for this campaign (Karim, SA, “Sheikh Mujib: Triumph and Tragedy’’, UPL, 2009, revised edition, p.136-137). Later, another booklet titled “Amader Bachar Dabi: Chhoy Dofa Karmashuchi (Our Demand for existence: Six Point Programme)” was distributed on 18th March under Sheikh Mujib’s name. In this booklet Sheikh Mujib had elaborated every point of the Six-Point Programme focusing on its historical basis and significance. This piece will primarily shed light on that description. 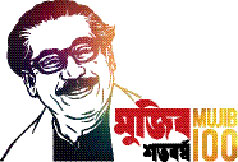 Sheikh Mujib rightly anticipated that this campaign would be misinterpreted as a conspiracy to dismantle Pakistan. So, he took pains in explaining various points of this campaign in a language of well-crafted political rhetoric so that it could be duly contextualized with the historic terrain of similar discourses undertaken earlier. He stated that all the demands made here were also included in the Cabinet Mission and 21-point programmes. In fact, they had fought an election in 1954 under the banner of United Front based on the latter. Professor Nurul Islam wrote, “A few basic elements in the Six-Points Programme had past antecedents. In 1946, the British government submitted the Cabinet Mission Plan for resolving the constitutional problems of India upon independence.  It reserved defense, foreign affairs, and communications for the federal government. The 21-point Manifesto of the United Front in East in 1954 was similar, reserving defense, foreign affairs, and currency for the central government.” (Islam, Nurul, ‘Making of a Nation Bangladesh: An Economist’s Tale’, UPL, 2003, p.85-86).

Put in this context, Sheikh Mujib elaborated each of the Six Points as below:

1.            The first point was that “The country will become Federation of Pakistan as per Lahore Resolution and will have a parliamentary form of government formed through a general election based on adult franchise.” (‘Amader Bachar Dabi’). Mujib explained that this point was based on the Lahore Resolution which was pledged to the people of Pakistan by all leaders including Muhammad Ali Jinnah. The elections of 1946 had also taken place based on this resolution and it was a major part of the 21-point manifesto of the United Front, which won comprehensively the 1954 provincial election. According to Sheikh Mujib the people of East Pakistan had shown their support for this demand since the very beginning of their political movement for preserving their interests. He, therefore, asked the politicians to decide which system of government was better than this democratically elected one before opposing the Six Points.

2.            The second point of his charter said that only Defense and Foreign Affairs would be managed by the Central Government and all other issues of governance would be dealt by the ‘federating states’. He clarified that the same proposal was also proposed by the Cabinet Mission plan and both Muslim League and the Congress were willing to sign it. The Congress had finally rejected the plan due to some other considerations of their own interests. However, if that were not the case then the Central Government of India would have operated according to that plan. The Six Points did not include communications, unlike the Cabinet Mission plan, because of the unique geographical positions of East and West Pakistan. He further clarified that when he called the provinces “states”, it did not mean independent states. Rather, it was standard all around the world to call these provinces “federating states”.

3.            The third point was related to currency of the country. Sheikh Mujib had proposed two options on the issue of the currency. A) The two regions would have separate but easily exchangeable currencies. The currencies would be controlled by respective states and the two regions would have two autonomous state banks. B) There would be a common currency for both regions. Under this system, the currency will be controlled by the state government, but strict laws will have to be in place to prevent capital flight. There would be one Federal Reserve Bank of Pakistan and the two regions would have separate Reserve Banks. He argued that if the second option were applied, currency would remain in the hands of the central government and that his proposal reflected the demands made in the 21-point manifesto. He derived examples of other nations like United States and Soviet Union to make his point. In case of the second option, the currencies would be distinguishable by a label of ‘Dhaka’ and ‘Lahore’ printed on them. According to Sheikh Mujib, without the application of one of the two systems, the economy of Pakistan would meet its demise, due to the wide scale flight of capital from East to West. All banks had their headquarters in West Pakistan which encouraged people to save there. This also resulted in capital flight from the East where there was no scope of capital formation. Consequently, there was hardly any opportunity for the industries to flourish in the East.

4.            The fourth point stated that the system of taxation and revenue collection would be under the control of the federating states and the Central Government could only receive a part of it. He wrote that this proposal angered the corrupt leaders of the country. He mentioned that the Cabinet Mission plan had the same arrangements. He used the example of the Soviet Union that did not have a central finance ministry or finance minister. Mujib explained that in his proposed system whenever tax would be collected in any region, a part of it also be deposited in the Reserve Bank’s treasury. And the provincial government would have no right over it. There would be no need for a separate station and a battalion of officers in order to impose and collect taxes. In addition, there would be no duplication in the collection of taxes in the province and centre, saving unnecessary administrative costs. Lastly, a system of single taxation would be imposed throughout the country.

5.            On the fifth point he wrote that the regions would have separate accounts for foreign exchange earnings. The regions would have full control over their foreign exchange earnings. The required foreign currency for the federation would be given by the regions equally or proportionately. The goods produced within the country would be traded without any tariff. All trade agreements and trading rights would be under the control of the regional government. He argued that without the implementation of this, the regional economy would die. Sheikh Mujib elaborated on how the foreign exchange earnings of East Pakistan had been used to fund industries in the West. Due to this, East Pakistan was also unable to import to their full potential and thus prices of goods and services were higher in this region. Even though the main export of the country was jute, jute farmers of East Pakistan were treated poorly, and they were not compensated. In addition, nearly all foreign aid and loan which was supposed to be received by East Pakistan was also spent in the West.

6.            In the sixth point, a demand for East Pakistan Militia or a paramilitary force was made. Sheikh Mujib again wrote about how this demand had been made before as well. He argued that East Pakistanis made up most of the Pakistani population. Yet their security never seemed to be the government’s priority. It was obvious that security had been strengthened in the West only and people in the East were treated as leftovers. He mentioned that despite this ill treatment, East Pakistanis still wanted the defense to be in the hands of the central government. However, the central government would have to build up adequate militia and develop naval forces in the East as well.

Along with the simple elaboration of the Six Point demands, Sheikh Mujib also left a message for the West Pakistanis. He argued that the Six Points were not only for the people of East Pakistan, but for all Pakistanis. He wrote that the general people of West Pakistan were not to be blamed for the disparities between the regions. He explained how East Pakistan had been discriminated against and he asked West Pakistanis to imagine themselves in that same situation. He wanted equal rights for both regions despite the majority population being from the East. The Six-Point Programme gained immense popularity due to its simple presentation on the issue of disparities and provided solutions that the oppressed people in East Pakistan desired for many years. Sheikh Mujib had to pay heavily for this bold move. He was frequently jailed following his deliberations on the Six-Point campaign in different public meetings around the country. Finally, he was accused of sedition in the Agartala Conspiracy Case and only released after the massive people’s uprising that toppled the Ayub autocracy in 1969. He seized the opportunity of the 1970 democratic elections to publicize his Six Points once again. This was a decisive decision which proved crucial for his party’s landslide victory and subsequent the emergence of Bangladesh.

Sheikh Mujib too attempted to implement the Six Points within the proposed constitutional framework by leading a steering group made of top political co-leaders and professional advisers including Professors Nurul Islam, Rehman Sobhan, Anisur Rahman, Muzaffar Ahmed Chowdhury and Khan Sarwar Murshid. Following the comprehensive election victory in December 1970, “it became clear that the Six-Point Programme envisaging a loose confederation and a very tenuous link depended on the goodwill of the provinces. It was only a short step away from independence.” (Islam, Nurul, ibid, p.94). Although done very secretly, the draft prepared by the steering committee was leaked, perhaps by Khondaker Mushtaq who was never comfortable with this campaign (Islam, Nurul, ibid, p.95). Even some other Members of the Parliament had no clue about the implications of implementation of this political agenda. Bangabandhu had to organize a public meeting on 3rd January 1971 where newly elected Members were called upon to take oaths swearing, they would never deviate from the realization of the Six Point Programme. Bangabandhu was taking all preparations to implement Six Points under the new constitutional arrangement, only to change his course to start a non-cooperation movement from 3rd March up to 25th March 1971 following the postponement of summon of the Parliament by Yahya Khan. During this period, he was recognized as the undisputed leader of an almost independent state mainly because of the ethical and electoral strength of his leadership and legitimate aspirations of the people of Bangladesh. He declared the independence of Bangladesh in the early hours of 26th March 1971 based on that strength.

The author, a former Governor of Bangladesh Bank, is Bangabandhu Chair Professor as well as Honorary Professor of Development Studies at Dhaka University. He can be reached at: [email protected]