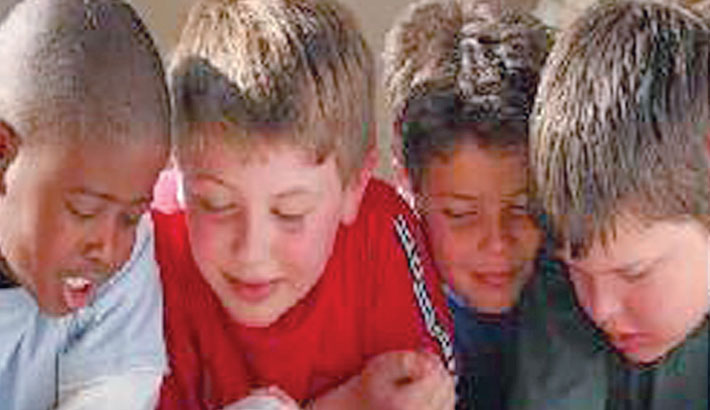 The situation differs from one home to another and from one family to another.

The following are the main reasons enumerated by specialists as being behind the children’s inability to learn good behaviour. They emanate from the diversity of feelings towards the behaviour that we are about to change:

1) Rejecting the way we were raised:

You may harbor some unpleasant memories of the way you were raised; (for example, you might have been slapped, locked up in your room, punished with your siblings for an offense committed by one of you, following the principle of generalized punishment).

As such, you are resolved to avoid all of such methods, whether right or wrong. Consequently, you bring up your children in a different way, because you think that your parents followed a mistaken approach with you.

This way of thinking is sound if you want to avoid the mistakes that your parents made towards you and, therefore, do not want to repeat the same mistakes in dealing with your own children. However, it is wrong when a child misbehaves and his parents do not react, because they used to reject their parents’ reaction to their misconduct. With this, the child does not learn good behaviour but instead, maintains the bad one.

On the contrary, some may boast about their parents and of how they brought up the preceding generation. Hence, they wish to emulate their method while considering other methods as quite mistaken, because they believe that their parents were more experienced, older and had a deeper understanding. Thus, fathers imitate their fathers and mothers copy their mothers in bringing up their children, while maintaining all the pros and cons.

This approach might be good if those responsible for the children’s upbringing want to benefit from the experience of their parents in bringing up their children and adopting the relevant points of distinction in this regard. The terrible mistake, however, is to make only our parents the standard of correctness, for they are fallible humans and it would not be wise to copy their mistakes.

3) Differences in methods of upbringing and parents’ beliefs:

Behaviour that is bad in the eyes of the father may not be the same to the mother, and vice versa, due to differences in beliefs and methods whereby the father and mother have been brought up. This creates a great deal of discord between the spouses who turn to dispute in front of the children. The children would probably think that they are the cause behind the problems taking place between their parents.

4) Reactions of grown-ups to us when we want to deal with children’s misconduct:

Whether they are grandfathers, grandmothers, uncles or aunts, many people cannot help making comments and expressing their opinions on what they think is correct. Moved by good intentions, these people who might be relatives of the child, or friends of the parents, or even strangers, certainly have a great effect on parents and their children when they interfere.

5) Parents’ lack of focus on the child’s individual needs and character:

Many parents follow the principle of generalization in dealing when they change children’s misbehaviour. They do not differentiate between those who make a mistake for the first time and those who regularly make mistakes. Moreover, they do not distinguish between those who misbehave intentionally and those who do so unintentionally; the old and the young, males and females, and the obstinate and the compliant. Thus, for many parents, it does not make a difference to change the children’s misconduct in all these cases. They apply the principle of generalization, which in reality incorporates gross injustice and affects the child’s responsiveness to changing their bad behaviour.

6) Not overlooking some matters:

A ten-month-old child enjoys throwing things off the chair, yet he quickly grows up and, after eighteen months, he becomes adequately capable of recognizing wrong behaviour. Therefore, the challenge faced by the family is to determine the suitable time to encourage the children to apply the ideal behaviour. A further challenge is to cleverly disregard the children’s behaviour in the formative years; because they do not realize the reality of their behaviour. Therefore, parents should have infinite patience with children in this stage of life. They should maintain their safety, without repressing their freedom.

7) Keeping in mind the norms of society:

Each society is dominated by certain habits and traditions. Some of these conform to Sharee‘ah (Islamic legislation) and, therefore, it is permissible to apply them. Allah The Almighty Says (what means): {Take what is given freely, enjoin what is good, and turn away from the ignorant.} [Quran 7:199] However, certain well-established traditions are often counter to Sharee‘ah and, therefore, should be dismissed and replaced with that which complies with Sharee‘ah. When parents try to rectify the conduct of their children, they often experience an opposition from society, because the adaptation might be opposite to some social traditions. For example, when parents teach their child to seek permission before they enter upon others, some people may say, “Do not make things difficult for the child. Take it easy. The child is still young.” The proper attitude to be taken by parents is to stand in the face of the bad habit that has been established in society, and teach their children the right conduct, and not be affected by what others say.

Many parents mistakenly teach their children good conduct in a moment of fury. They associate their instruction with shouting, a loud voice, frowning and sometimes insulting and beating. This gives the children an awful impression about good conduct and makes it unpalatable. This is because in their subconscious mind, they associate good conduct with beating, shouting and punishment. Consequently, teaching good conduct should be separated from punishment. Rather, punishment may be used after teaching, so as to comply with justice. Children can be punished when they know what is right and do not adhere to it. However, it would be unfair to punish them for something which they do not know is wrong.

Before we conclude, we should provide those who are raising children with a definition to identify good behaviour: Good behaviour is what is commanded by Allah The Almighty in the Quran and taught by the Prophet sallallaahu `alayhi wa sallam ( may Allah exalt his mention ) and dictated by the sound natural disposition, conventions and traditions.

Good behaviour should not be formulated from people’s opinions or the actions and traditions of relatives if they do not comply with the Sharee‘ah of Allah The Almighty and the Sunnah (tradition) of the Prophet sallallaahu `alayhi wa sallam ( may Allah exalt his mention ).

This is the good behaviour that we want our children to uphold.