Runa Laila’s 4 songs to be released on her birthday 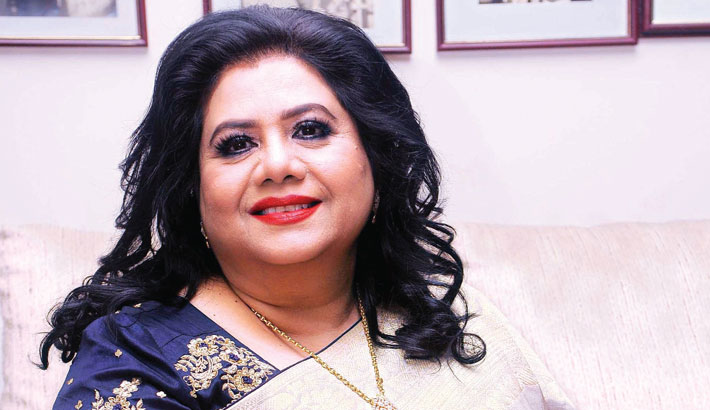 Four new songs composed by the country’s leading singer Runa Liala will be published on her birthday on November 17.  Renowned music station Dhruba Music Station will released the songs to mark the popular singer of the sub-continent.

Talking about the songs, Runa Laila said, “Special thanks to Dhruba Guha for this noble initiative. Singers Ankhi Alamgir, Zinia Zafrin Luipa, Tani Laila and Haimanti Rakshit Das have lent their voice to the songs with utmost care. Gazi Mazharul Anwar bhai always writes wonderful lyrics and Kabir Bakul is also a good writer.  I hope the audience will enjoy the songs very much.”

Runa Laila is a Bangladeshi singer, widely regarded as one of the popular singers in South Asia.

Laila started her career in 1965. She played two songs in the Pakistani film Jugnu. Her first song was Gudiya Si Munni Meri Bhaiya Ki Pyari and the second song was Marna Bhi Nahin Aasan which was a love song.