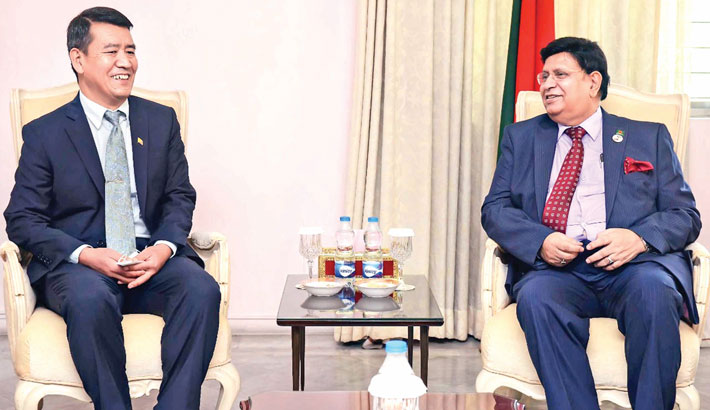 The Preferential Trade Agreement (PTA) agreement between Bangladesh and Bhutan is expected to be signed very soon.

During the meeting, they emphasised bilateral trade and increasing economic cooperation between the two countries.

Looking forward to launching road connectivity between the two countries, Foreign Minister said that Bangladeshi IT skilled people can help Bhutan in the field of ICT.

Both the countries can also work together to combat the Corona pandemic, said Dr. Momen expressing his gratitude to Bhutan for recognizing Bangladesh's independence as the first country.

Praising Bangladesh’s excellent medical education, Foreign Minister said around 15 Bhutanese students get a chance to study in a public medical college in Bangladesh every year.

Besides, Bhutanese students are also studying in private medical colleges.

The PTA has been a prominent feature of international trade policy in recent times.