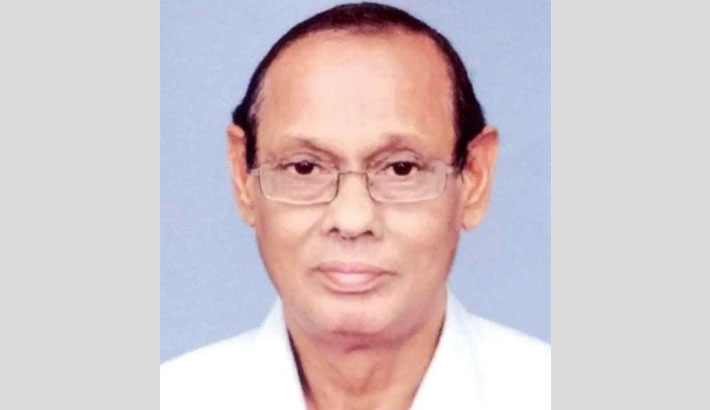 Communist leader and freedom fighter Haider Anwar Khan Juno passed away on Thursday. He was 76.

He breathed his last at the capital’s Gonoshasthaya Nagar Hospital around 1:30pm.

Earlier, on September 15, Juno was admitted to Square Hospital after having a heart attack. Later on October 22, the veteran leftist leader was transferred to Gonoshasthaya Nagar Hospital.

Juno, the younger brother of well-known communist leader Haider Akbar Khan Rano, was born in 1944 in Kolkata. Their ancestral home is in Narail’s Barashula village.

Juno was introduced to communist politics during his school life. Albeit he completed his masters in physics from University of Dhaka, he chose to be a politician.

Being an active member of the East Pakistan Students’ Union, he was imprisoned after joining the education movement in 1962.

Back then his brother Rano was the president of the union. Juno was later elected as a member of the party’s central committee. He was involved in the communist movement of the sixties and was in the pro-China camp.

When the Revolutionary Students Union was formed in 1970, he became its president. Juno was trained as a guerrilla fighter during the Liberation War of 1971. He was an expert in making bombs at the time.

He also took part in the resistance against the Pakistani occupation forces in Narsingdi’s Shibpur with the late politician Abdul Mannan Bhuiyan. Following the independence, Juno was elected a member of the central committee of the Leninist Communist Party.

In 1974, he became the cultural affairs secretary of the United People’s Party. When the Workers Party was formed in 1979, he became a member of the party’s central committee. Apart from his political activities, Juno has also played a significant role in building a progressive people-oriented cultural movement. He was the president of the Gano Sanskriti Front. He also served as the general secretary of the Bangladesh-Cuba Solidarity Committee.