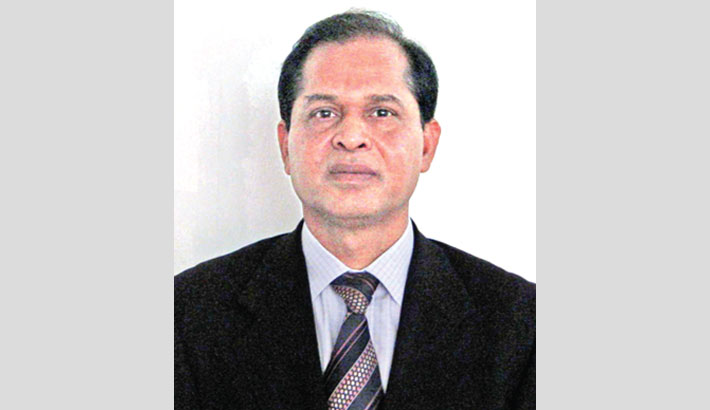 Referring to the consequences of long colonial rule and of the sufferings of our people during our war of liberation, Bangabandhu said, “Immediately after independence we had to grapple with the gigantic task of rehabilitating more than ten million refugees who crossed the border and another twenty million people who were uprooted from their homes. My Government had to be repair and reconstruct hundreds of broken bridges, restore port facilities and rebuild the communication network.” He also expressed gratitude for the generous assistance received from friendly countries including Japan.

On agriculture sector of Bangladesh, Bangabandhu said, “While the task of reconstruction and rehabilitation is yet to be completed, we have already prepared our First Five-Year Plan and launched an annual plan in order to meet the twin challenge of bringing the economy back to normal and to lay the firm basis for development in the coming years. The most immediate challenge before us is to achieve self-sufficiency in food within the shortest possible time. There is no reason why with its fertile soil and vast water resources, Bangladesh should not be able to achieve this objective provided we can vastly expand the irrigation facilities, supply adequate quantities of fertilizers and better seeds and above all acquaint our people with better agricultural practices and improved technology. It is gratifying to note that your country attaches great importance to agricultural development as a key to overall economic development in countries of Asia. Your assistance in this vital field of our economic development may, therefore, be of immense benefit to us.”

Bangabandhu sought Japan's cooperation and assistance in the optimum utilisation of large reserves of our natural gas through production of petro-chemicals and fertilisers, in the exploration of oil and gas in our off-shore areas and in the integration of the economy of Bangladesh through construction of a bridge over the Jamuna River.

In addition, Bangabandhu welcomed the joint ventures with Japan to develop new skills, help promote our exports, create large-scale employment opportunities and above all bring about a technological transformation in Bangladesh. Bangabandhu said, “In our scheme of things there is a scope for legitimate private initiative, ownership and management of enterprises that will help the development of our economy. My Government has already guaranteed that no foreign enterprise will be nationalised without adequate and effective compensation. Judged in its true perspective the economic policy that we have laid down should foster cooperation both between our two governments on the one hand and between our government and private enterprises in Japan on the other.”

On 23 October, the Japan National Press Club hosted a luncheon in honour of Bangabandhu. In his speech, he said, "The people of Bangladesh have a special place in their hearts for the press of Japan, for they were among those who with sympathy and dedication projected before the people of Japan and of the world the sufferings and aspirations of our people during our liberation struggle. We have also not forgotten how you raised your voice to save the lives of our people, including my own. I would, therefore, at the outset like to express my personal gratitude and that of my Government and my people for all that you did for us in those difficult days – and indeed to thank you for the kind hospitality extended by you today.”

Bangabandhu said that Bangladesh, being located at a point where the South East Asia and East Asia had met, the Bangalee people had maintained close ties with the people of East Asia. He also said that the patterns of trade and cultural exchanges through the centuries had showed that it was the natural orientation of that area known as Bangladesh.

Referring to the disruption of normalcy in Bangladesh in the last two decades during Pakistani rule, Bangabandhu said, “Since the emergence of Bangladesh as a sovereign, independent state, we have taken various initiatives to revive our natural links with East Asia.”

Noting Bangladesh as a bridge between the sub-continent and East Asia, Bangabandhu said, “We believe this is necessary because our destinies are inter-twined. We share with the countries of this region the desire to create an environment of peace in Asia. We also share with them a common awareness of the fact that the urgent problems of the coming decades for all our countries centre on the pressing economic needs of our people. This calls for concentration of all our energies and resources to meet those needs. It also calls for increasing economic cooperation among all our countries within a framework of durable peace.”

Bangabandhu said that it was in that background and in pursuance of an independent, non-aligned foreign policy that Bangladesh had been striving to develop friendly relations with all countries of the world, and in particular with its Asian neighbours, on the basis of sovereign equality, mutual respect and non-interference in each other’s internal affairs.

He spoke about Bangladesh‘s relations with its great neighbour India as well as other South Asian countries Nepal and Sri Lanka. He said, “We have also developed friendly relations with Burma, Malaysia and Indonesia and foundations have been laid for mutually beneficial cooperation with them in different fields. Singapore has emerged as an important trading partner. We have established friendly relations with the Democratic Republic of Vietnam and the PRG. Diplomatic relations has been established with Thailand and the Philippines, with whom trade relations are developing."

On problems in the South Asia, Bangabandhu said, “We have been persevering in our efforts to solve outstanding problems with a view to normalising relations and establishing a durable peace. The Delhi Agreement is the result of these efforts. I am happy to say that the implementation of the Agreement is well under way. We shall spare no effort to implement this Agreement with maximum despatch, and appreciate the international assistance we are receiving for this purpose.”

Regarding Bangladesh’s relations with Japan, Bangabandhu said, "As fellow Asians, we take pride in the many achievements of the Japanese people. Some years ago I had the great pleasure of visiting Japan, and was profoundly impressed by the spirit of the Japanese people and their dedication to building up their nation through their own efforts. I could see for myself the tremendous, indeed unique, achievements of hard work, dedication and creative zeal in all spheres of national life and industry.”

Bangabandhu mentioned that during their stay in Japan, they had very fruitful discussions with the Japanese leaders. He also expressed the hope that the friendship and cooperation between the two countries would continue to grow.

He said that the explosive situation in West Asia, created by Israeli aggression and the forcible occupation of Arab territories, in defiance of international law and resolutions of the Security Council, had erupted into a full scale war. There would be no peace until there was a just settlement in West Asia based on the restoration of the Arab territories forcibly occupied by Israel.

Bangabandhu appreciated the opening up of durable peace in the East Asia region. There were efforts to eliminate sources of tension, to resolve old differences and to check the widening of gap between the developed and developing countries.  He said, “A new order founded on peace and cooperation could then replace the old order based on confrontation and conflict. This new order is struggling to born. We should do all we can to assist the process of its birth. We have a glimpse of this in the proposal for the ‘Neutralisation of South East Asia’, so that it may become an area of ‘peace, freedom and neutrality’, as we do in the scheme for declaring the Indian Ocean as a ‘zone of peace’, and ‘a nuclear-free area’. Sustained efforts, however, required to create the necessary objective conditions in which such schemes may assume reality. There are the efforts to which we must commit ourselves.”

While concluding, Bangabandhu said, “We on our part will continue to pursue a constructive, forward looking, independent and non-aligned foreign policy. Indeed we shall continue to support every positive trend which may contribute towards building a future of enduring peace and prosperity for the peoples of Asia and the world."