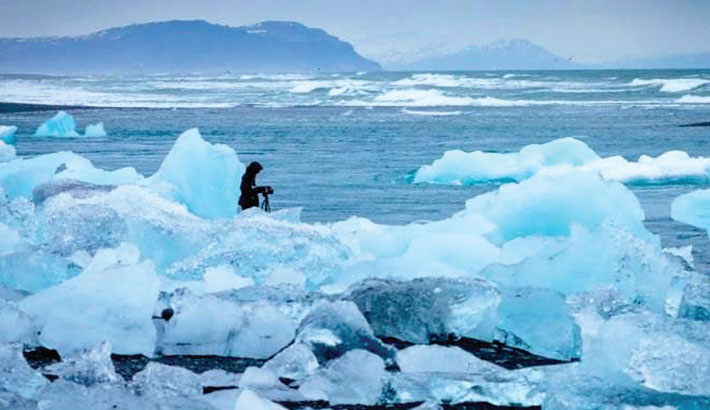 Sea ice in the Arctic was at record lows for October, as unusually warm waters slowed the recovery of the ice, Danish researchers said on Wednesday, reports AFP.

Diminishing sea ice comes as a reminder about how the Arctic is hit particularly hard by global warming. Since the 1990s, warming has been twice as fast in the Arctic, compared to the rest of the world, as a phenomena dubbed “Arctic amplification,” causes air, ice and water to interact in a reinforcing manner. “The October Arctic sea ice extent is going to be the lowest on record and the sea ice growth rate is slower than normal,” Rasmus Tonboe, a scientist at the Danish Meteorological Institute (DMI), told AFP, noting that the record was unequalled for at least 40 years.