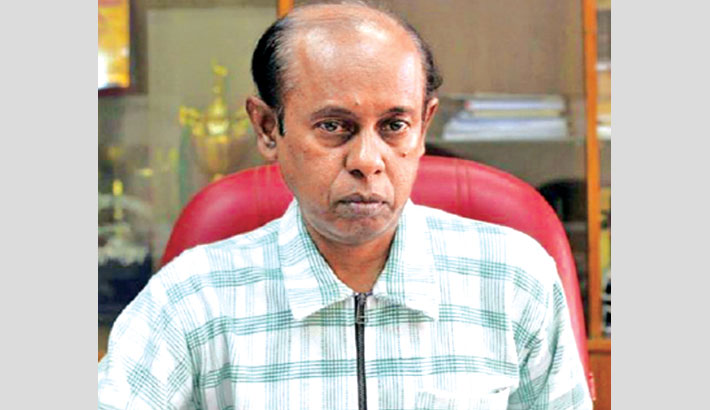 As a pioneer of female education, Iswarchandra Vidyasagar, born in 1820, is still relevant. Without caring for financial support from the British government he continued opening girls' schools one after another facing obstruction and humiliation from around. As a result, Kadambini Ganguly (the first Bengalee and Indian female physician) and Chandramukhi Basu became the first graduates from Bethune College in 1882.

In 1822 a book namely Stree Siskha Bidhyak (Guideline for Female Education) by Pandit Gourmohon Bidyalankar became so popular that within 2 years 3rd edition was published. In 1840 Reverend Krishnamohon Banerjee wrote a long essay on the importance of female education which earned a prize of Tk. 200. An essay competition was held in 1842 for students of Hindu College. Michael Madhusudan Dutta and Bhudev Mukherjee secured 1st and 2nd positions respectively.

The first girls' school supervised by Bengalees was established in 1847 at Barasat, a suburb of Calcutta, at the initiative of Kali Krishna Mitra, Nabin Krishna Mitra and educationist Pyaricharan Sarker. Kuntibala, daughter of Kali Krishna, was enrolled as the first student. As a consequence of establishing this school, they were ostracised. Land for the school was donated by Kali Krishna Sarker. As a mark of tribute to him the school has been named after him - Barasat Kali Krishna Girls' High School.

John Elliot Drinkwater Bethune, with active support from Vidyasagar, established a school for girls in town Calcutta in 1849. Bhubanmala and Kundamala, two daughters of Madanmohon Tarkalanker, were the first students of that school. Attending the annual programme of this school, Madanmohon wrote a long essay for a magazine. Placing strong arguments he demolished those who criticised him for sending his daughters to school. Referring to women of home and abroad he explained the exigency of female education. Yet, discrimination between boys and girls still continues through single-sex schools from the primary level. Madanmohon said, “Except outward appearance, a girl is not intellectually inferior to a boy. Rather, in many cases, girls are more reasonable and prompt.” Women of our country are now getting educated, they are acquiring places in administration and many other sectors but initially, the way was never smooth.

Vidyasagar was appointed as honourary secretary of the first Hindu Female School in 1850. Mainly as per his suggestion, the practice of handwriting, mathematics, physics, geography and needlework were included in the syllabus for girls. Bengali was made compulsory and English made optional at the consent of guardians. He established 35 girls' schools between November 1857 and May 1858. He had brotherly relation with Lieutenant Governor Halliday. Without waiting for permission from the British government, he continued sending proposals to Lieutenant Governor to open girls' schools. Lieutenant Governor also approved those but problems arose because there was no provision for complimentary books for students and salary for teachers. Seeking government grant Vidyasagar sent a letter to the Director of Public Instruction.

Though DPI supported, Vidyasagar’s financial problem continued. On the other hand, the British government raised a question regarding Vidyasagar's authority to open so many girls' schools. After the prolonged effort, Tk 3,000 was sanctioned which was less than half of the actual requirement. Vidyasagar was alert so that girls could expose themselves. Ignoring Vidyasagar's opinion and at the instance of Mary Carpenter, a normal school was founded inside Bethune School thinking that Bengalee girls should be taught by Bengalee teachers. This proposal of the British government was apparently reasonable because such practice prevailed in England.

The government took initiative to establish such a school mainly for girls of Bethune School. Educated families were convinced to send their girls to school because the age of school going girls was between 5 and 12 years. Vidyasagar very clearly realised that Bengalees habituated with child marriage will never send girls aged more than 12 years to school. Apprehending that married girls might be humiliated at school, he started the child marriage prevention movement. Next to the abolition of Satidah in 1829, this was the first step towards the long way to establish women's rights.

In 1850, senior students of Hindu School published a monthly magazine named Sarbashuvokari (beneficial to all). In the inaugurating issue, Vidyasagar wrote an essay titled ‘Demerits of child marriage’. Prudent Vidyasagar realised the urgency of female education and uprooting the curse of child marriage. Even after 170 years that long essay may be a subject matter of research of science and sociology.

Though, Chandramukhi and Kadambini graduated from Bethune College in 1882 but the practice of veil continued, making girls uninterested in going to schools. When Begum Rokeya came forward to spread female education in Calcutta in 1924, she also had to face similar obstacles and slander. From the 2nd half of the 20th century, girls became interested to go to school but the picture of class discrimination in female education is still visible. In the 21st century, we are still facing numerous problems like child marriage.

Rampur Boalia Girls' School was established in Rajshahi in 1868 as a ‘Parthsala’ (lower primary school) by Reverend Biharilal Singh under the supervision of the English Presbyterian Mission which is probably the first girls' school in Bangladesh. Another view says that St Francis Xavier's Girls' High School, Dacca established in 1882 was the first school for girls in Bangladesh. Bamabodhni magazine reported in April 1876 that the government has taken two initiatives for the development of female education - stipend for girl students and appointment of female school inspectors. Not doubt, stipend draws girls towards school. This practice is still followed.

The progress of female education in Bangladesh is laudable. On uniform or not, girls are going to school on foot or bicycle is a common and encouraging sight in rural Bangladesh. Girls' enrollment in secondary school level reached 67 % in 2017 from 39% in 1998. This is a result of several incentives, particularly the Female Secondary School Assistance Project which aimed at achieving gender equality. World Bank granted a 2nd phase stipend programme for the poorest children that benefitted 2.3 million students, 55% of them are girls.

Though the enrollment rate is better, the outcome is still inadequate. BangBEIS data of 2017 shows a high dropout rate of girls, 42 % at the secondary level and a completion rate is only 59%. Child marriage, household responsibilities, continuous pregnancy, lack of access to proper information about sexual and reproductive health, mental health issues and school-based violence are some of the main reasons. Government and many other organisations are active in the field of female education but problems like communication, washroom, sexual harassment continue.

Nevertheless, efforts to overcome these problems are also underway. A key feature of the Secondary Education Development Programme is the Adolescent Girls' Programme which aims at the retention of girls in secondary schools. This school-based programme will address menstrual management ensuring separate sanitation facilities for girls and providing cash incentives to female students for attending school regularly.

Today it is simply impossible to realise the dreadfully superstitious Bengalee society of 19th century. Begum Rokeya followed the footprint of Vidyasagar. After 200 years of Vidyasagar's birth, many visible developments have been achieved in the field of female education but the security of women in society is a burning problem. 200 years is not so long a time to understand the prudence of Vidyasagar.

The writer is a former Commissioner of Taxes.