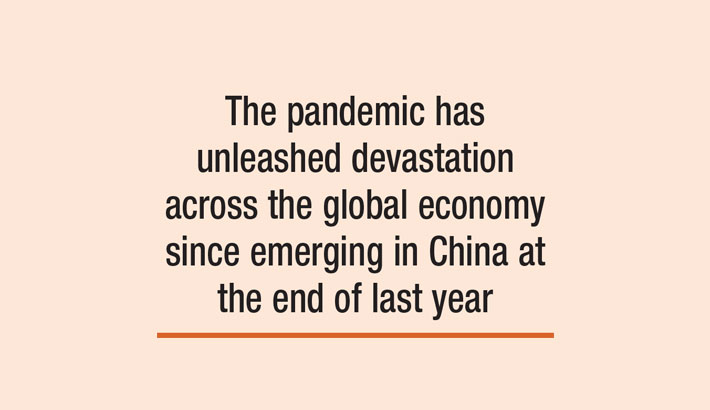 PARIS: People in France and Germany were bracing Wednesday for tough new curbs on their daily lives as Europe struggled to contain an alarming surge in coronavirus cases with winter looming, reports AFP.

The deepening gloom across the continent contrasted with the jubilation in Australia’s second city of Melbourne where champagne corks popped to celebrate the end of a months-long lockdown.

The pandemic has unleashed devastation across the global economy since emerging in China at the end of last year. And in the absence of a vaccine or effective treatment, countries are being forced to impose widely unpopular Covid-19 restrictions that have sparked violent clashes in Italy.

Much of the United States—the worst-hit nation in the world—is also bracing for a tough winter, and the pandemic is dominating the campaign for next week’s election.

In Europe, the main stock markets tumbled as investors fretted over the tighter measures expected to be imposed in the EU’s leading economies.

Daily cases of Covid-19 in France have topped 50,000, while Germany is regularly reporting 10,000 new infections. French President Emmanuel Macron is to address the nation on Wednesday evening to present new measures, with doctors warning that many hospitals are just days away from being overrun with patients.

“At some point we have to make hard choices ,” Interior Minister Gerald Darmanin told French radio.

Reports say Macron might extend the hours of an overnight curfew already imposed on 46 million people, possibly with a full lockdown on weekends, or else order targeted lockdowns for the hardest-hit regions.

“The outbreak is out of control,” French infectious disease specialist Gilles Pialoux said on television.

The proposed measures include closing restaurants and bars and putting strict limits on private and public gatherings while keeping schools, daycares and shops open, according to the Bild daily.

And in Russia, an order making masks mandatory at public gatherings, on public transport and in elevators is set to come into force Wednesday. The new restrictions are likely to test the resolve and patience of many.

Anger has already boiled over in Italy, where thousands have protested in recent days against anti-coronavirus curbs.

Some of the rallies have turned violent, particularly in Milan and Turin on Monday night when angry youths threw petrol bombs and stones at police cars and smashed up shop fronts.

But there was exhilaration and relief Down Under on Wednesday as Melbourne’s five million people were able to return to shops and restaurants after months at home.