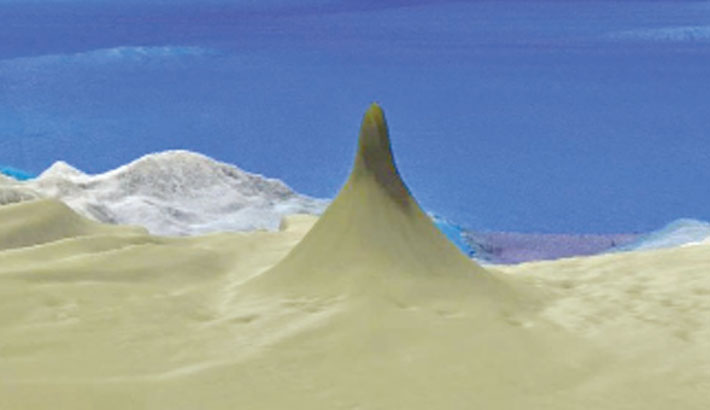 An enormous coral reef has been found at the northern tip of Australia’s Great Barrier Reef, the first such discovery in 120 years, scientists say, reports BBC.

At 500m (1,640ft) high, the reef is taller than New York’s Empire State Building and the Petronas Twin Towers in Kuala Lumpur, Malaysia.

Scientists on a 12-month mission found the structure, detached from the Great Barrier Reef off Cape York, last week. They were conducting 3D mapping of the sea floor in the area. A team aboard a research vessel owned by the Schmidt Ocean Institute (SOI), a non-profit group based in California, used an underwater robot to explore the reef.

Known as SuBastian, the robot live-streamed video of the discovery on Sunday and posted it to YouTube.

“To find a new half-a-kilometre tall reef in the offshore Cape York area of the well-recognised Great Barrier Reef shows how mysterious the world is just beyond our coastline,” said SOI executive director Dr Jyotika Virmani.

“This powerful combination of mapping data and underwater imagery will be used to understand this new reef and its role within the incredible Great Barrier Reef World Heritage Area.”

The Great Barrier Reef, the world’s largest coral reef, is home to more than 1,500 species of fish, 411 species of hard corals and dozens of other species.