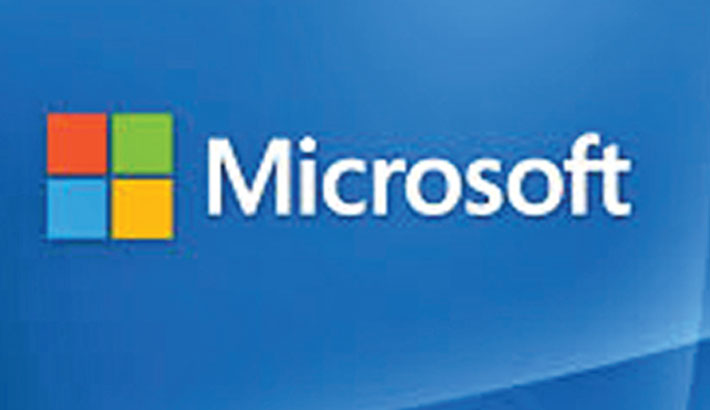 NEW YORK: Microsoft beat Wall Street estimates for quarterly revenue and profit on Tuesday, powered by a slight uptick in growth in its flagship cloud computing business as the software maker continued to benefit from a global shift to working from home and online learning.

The pandemic has accelerated a move already under way toward cloud-based computing, helping companies such as Microsoft, Amazon.com’s cloud unit and Alphabet’s Google Cloud. For Microsoft, it has also boosted demand for its Windows operating systems for laptops and its Xbox gaming services as families work, learn and play from home, leading to profit that was about 30 per cent above expectations, report agencies.

“It was another healthy quarter, with continued demand for remote offerings continuing to power results,” Microsoft Chief Financial Officer Amy Hood told Reuters in an interview.

Revenue growth for Azure, the company’s flagship cloud computing business, was 48 per cent, up from 47 per cent in the previous quarter and ahead of Wall Street estimates of 43.45 per cent, according to consensus data from Visible Alpha. Hood said the rise was driven by “an increase in larger, long-term Azure contracts”.

Microsoft has shifted to selling many of its products via recurring subscriptions, which investors like because it generates stable revenue flows. The value of Microsoft’s future recurring revenue contracts with big business customers was flat from the previous quarter and its proportion of one-time deals rose slightly after two quarters of growth.

Hood said some of the rise was explained by a change in accounting rules for Microsoft’s servers, but the better margins were also driven by sales of lucrative software such as Dynamics 365, which competes with Salesforce.com.

“That Dynamics 365 revenue growth of 38 per cent was better than we thought and quite good,” Hood told Reuters.

Microsoft said 93 per cent of commercial cloud products were sold as subscriptions, compared with 94 per cent the quarter before.