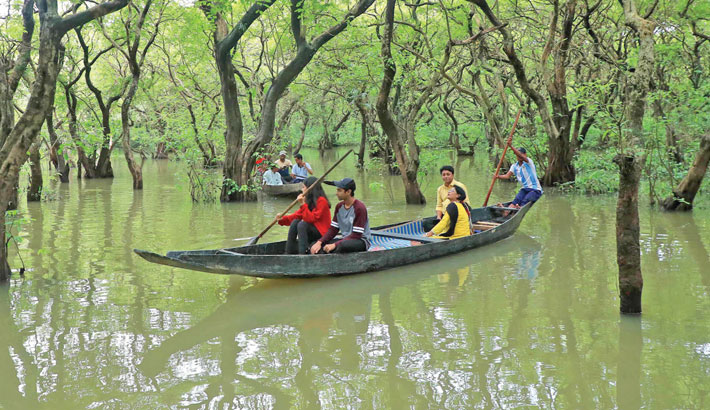 The Asia and Pacific region, the first region to suffer from the impact of Covid-19 pandemic, saw a 79 percent decrease in tourist arrival, according to the World Tourism Organization (WTO)

In a report published on Wednesday, WTO also revealed that international tourists arrivals plunged by an annualised 70 percent during the first eight months of 2020 due to the coronavirus pandemic.

The WTO also predicted international tourist will not recover before the end of 2021.

Followed by the plunge in international tourist arrival, Africa and the Middle East sees 69 percent drop, Europe 68 percent fewer international visitors and the Americas where arrivals fell by 65 percent.

In this regard, Md Rafeuzzaman, President of Tour Operators Association of Bangladesh (TOAB) said that world tourism is declining and Bangladesh is no exception.

As the global movement of travelers has been remained stagnant due to the pandemic, arrival of international tourists too Bangladesh declined to its bottom, he said. About the recovery, TOAB president said that there is no sign of recovery soon.

In addition, there were 700 million fewer arrivals between January and August than during the same period a year earlier, leading to a loss in revenues of $730 billion---more than eight times the drop recorded following the 2009 economic crisis, the Madrid-based UN body said in a statement.

WTO head Zurab Pololikashvili in statement said, "This unprecedented decline is having dramatic social and economic consequences, and puts millions of jobs and businesses at risk."

While the drop in Europe over the summer was less strong than in other regions -- 69 percent in August -- fresh travel restrictions imposed to fight a second wave of Covid-19 infections have now curbed a recovery, the UN body said.

UNWTO’s Panel of Experts foresees a rebound in international tourism in 2021, mostly in the third quarter of 2021.

However, around 20 percent of experts suggest the rebound could occur only in 2022.

In 2019, international tourism arrivals rose by four percent to 1.5 billion, with France the world's most visited country, followed by Spain and the United States.

The last time international tourist arrivals posted an annual decline was in 2009 when the global economic crisis led to a four percent drop.