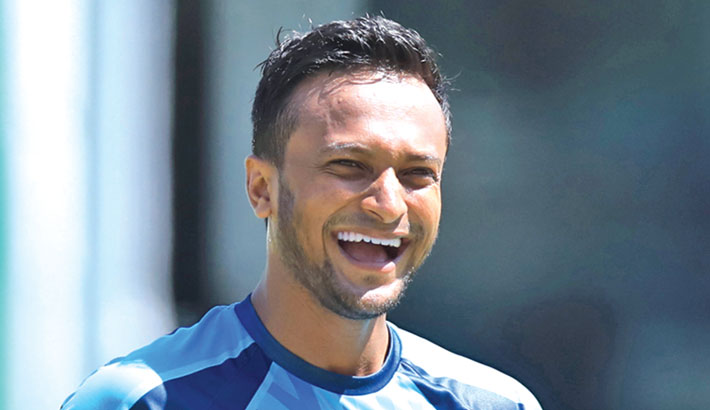 Bangladesh champion all-rounder Shakib Al Hasan said that he is eyeing to implement his plan ahead of returning back to competitive cricket by consulting with BCB after returning home.

Shakib, whose ban ends on Wednesday (October 28), is currently in the USA with his family while he is expected to return to Bangladesh during the first week of November.

Shakib can resume competitive cricket from October 29 as his ban imposed by International Cricket Council for failing to report corrupt approaches ended on Wednesday.

In the meantime, Shakib had completed a four-week training camp with his mentors Mohammad Salahuddin and Nazmul Abedeen Fahim at the BKSP in September.

Shakib took part in the training camp as he was expected to return to the Bangladesh team to play the second Test during their (then scheduled) tour of Sri Lanka that eventually got postponed.

As a result, Shakib returned to America to be with his wife and children but now looking forward to making a resumption plan ahead of beginning his second innings of an international career.

BCB president Nazmul Hasan Papon said that the all-rounder had confirmed his availability in the upcoming Bangabandhu T20 Cup 2020, slated in November-December.

“I will return to Bangladesh in the first week of November and then will chalk out the next plans. It’s a bit difficult to plan something from here, so I will start working after my return. And, I will start everything after talking to the BCB, in a proper way,” Shakib was quoted in a reception party at New York as his ban will be lifted from October 29.

Shakib, who was the Bangladesh national team's captain for Test and Twenty20 formats, has not been found guilty of “fixing” any cricket matches; he was only penalised for not informing the authorities about the approaches.

His ban rocked the country considering he was the poster boy of Bangladesh cricket across the globe through his superlative cricketing skills that helped him to be at the top of the ICC all-rounder list across the format.

Shakib, 33, has scored more than 11,000 runs and claimed over 500 wickets in all formats of the game, making him one of the most celebrated cricketers in Bangladesh while he was the third-highest scorer at the 2019 Cricket World Cup in England while his suspension came as a shock to the cricket-loving South Asian nations.

“It feels great (to be back on cricket). Please do pray for me that I could play for the country,” he said.

Replacing Shakib has been a major headache for Bangladesh considering after his suspension as apart from beating Zimbabwe comprehensively at home across all three formats earlier this year Tigers struggled to make any mark during tours to India and Pakistan.

BCB chief selector Minhajul Abedin told The Daily Sun on Wednesday that they are expecting him to take the upcoming domestic T20 tournament as a platform to get adapt to competitive cricket adding that everyone should be patient with him.

“Since we don't have any international series for the time being he has to prepare in the domestic tournaments and it will help him ahead of resuming international cricket; we should give him time but he is a very experienced player and he won't take long to get back into the rhythm. We definitely missed him a lot as he is one of the best all-rounders in the world which gave us a lot of advantage,” said Minhajul regarding Shakib, who has scored more than 11,000 runs and claimed over 500 wickets in all formats of the game, making him one of the most celebrated cricketers in Bangladesh.

Bangladesh's next international assignment is likely to be a home series against the West Indies in January 2021.

BCB chief executive Nizamuddin Chowdhury told reporters on Wednesday that they are expecting him to perform the way he used to do earlier.

“He is a very important player for us and his return is certainly comforting for us. We are expecting him to perform the way he used to do in the past both at the domestic and international level,” said Nizamuddin.