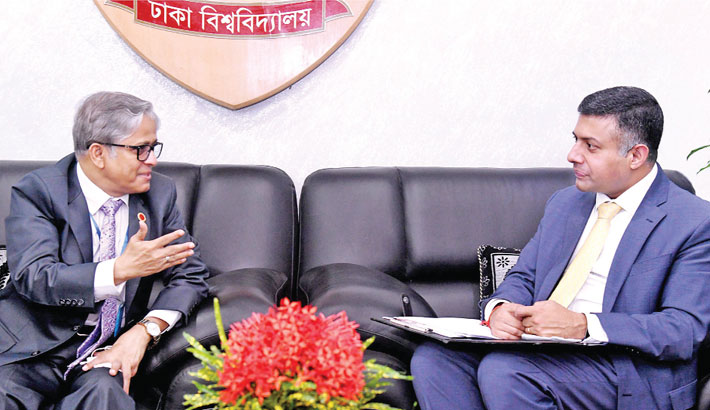 During the meeting, they discussed different mutual interests and exchanged views regarding enhancement of academic and research collaborations at DU.

On the occasion of DU centenary, the possibilities of signing MoUs between DU and Indian leading universities were also discussed during the meeting.