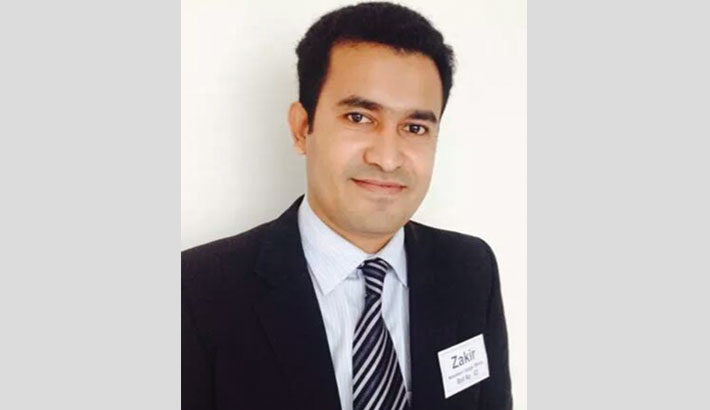 Road safety is increasingly being recognised as a priority national agenda. While some of the problems are entrenched, the challenge lies in developing a realistic vision of progress on improving road safety. According to the Jatri Kollayan Somity (JKS), 26,902 road accidents had happened across the country in the last five years while 37,170 and 82,758 persons have died and are injured respectively because of road accidents. On 22 October, 2020 in a national programme of the National Road Safety Day, honourable Prime Minister Sheikh Hasina has called for ensuring dope test for drivers to ensure road safety. She has also stated guidelines for enforcement of the Road Transport Act (RTA), 2018.

The long awaited Road Transport Act looks like a potential game changer in the country's transportation sector. The Road Transport Act (RTA) 2018 was passed in parliament in mid-September of 2018. The Act was effective on October 1, 2019 after almost one year. The enactment of this Act is a good achievement of the present Government to cover various issues in a framework on road safety though there are some drawback discussions too.

The RTA-2018 covers the common reasons of accidents with severe penalty in an excellent shape of punishment. The Act contains 126 sections whereas chapter 11 and sections 66-106 deal with Offence, Trial and Punishment. Sections 4-51 provide the detail guidelines, legal statements and discussion on the road safety. Section 49 of the Act deals with the general instructions for the motor vehicles to be obliged and this section has two separate parts of instructions.

The Act introduces some innovative and better practices for road safety. Sections 14 and 15 provide that the conductors of buses must have licences and the owners of the vehicles have to be sure about it before appointing them. The Act makes mandatory to show the chart of fare in the vehicle and prohibits for parking in the restricted area. It specifically penalises any demand or collection of money from the vehicle without Government authority and the said charge will be collected only at the specified terminal as per section 38 and for violation of this section, the offence will be considered as extortion according to the Penal Code-1860 as per section 83 of the RTA. The Act also criminalises the sound and environment pollution as offence in the sections 88 and 89 with imprisonment and fine.

It is suffice that section 95 postulates as per section 62 that if any accident takes place, the driver, conductor and the representative of the owner of vehicle shall inform the local police station, hospital and fire service to rescue the victims. Section 99 of the Act covers the abetment, conspiracy and instigation and it will be regarded as offence to charge as like principal accused. Section 100 is also a core one which states that if anyone commits the offence for more than one time, he will get double punishment for such offence. Section 106 deals with the provision for company and the company and its owner, directors, officers, managers and secretary will have the liability according to this Act.

Point cutting system on licence of the drivers is the innovative approach of this Act to make drivers as accountable and conscious. According to the law, a driving licence will contain 12 points. A driver will lose one point for each offence. A driver’s licence will be cancelled if they lose all 12 points for committing offences like for illegal commercial use of vehicle, not showing the chart of fare, fault in meter or demand additional fare, violation of traffic signs and indication, over-loaded goods carrying (two points), not using a seat belt, using mobile phone while driving and so on.

In this Act, the most desired provision is section 105 that provides a stringent and effective provision regarding the offence about accidents. Section 105 of the Act says no matter what this Act contains, if anybody gets seriously injured or killed in a motor vehicle-related accident, it would be considered an offence under the relevant sections of the Penal Code-1860. However, no matter what section 304B of the Penal Code contains, if anybody causes accident by reckless and negligent driving, and kills or injures someone severely, such person would face a maximum sentence of five years in jail or fine or both, reads section 105 of the RTA. The offences that fall under section 105 of the Act are non-bailable.

In this whole Act, there is no provision regarding the minimum punishment or fine. The maximum punishment is stated here only. All offences are cognisable and the Code of Criminal Procedure 1898 will be applicable for investigation and trial. Only sections 84, 98 and 105 of the RTA which deal with for technical disorder of vehicle, over-loading accident and severe injury or murder in road accident respectively are non-bailable offence. The rest of the offences are bailable in the Act. Sections 66, 72, 75, 87, 89 and 92 are compoundable offences and the police officer can impose fine and dispose of the offences at the spot and later on in their offices.

Chapter 9 of the Act 2018 which deals with compensation claims for road deaths and injuries. It can be said that the law arguably leaves victims in a worse situation than the Motor Vehicles Ordinance 1983 Ordinance. This Act nullifies the operation of compensation liability on the motor vehicle owner whose employee causes a fatal road accident or injury in any given case.

The victim family of the accident can apply for aid and file review petition for aid to the Trustee Board within 30 days under section 61 (1) of the RTA and then dissatisfied, they can file appeal to the Government within 30 days under section 61(2). The victim family can file complain to the Arbitrator against the decision of the Government and trustee board under section 61(3) of the Act and the decision of the Arbitrator will be final and mandatory on the both parties. However the procedure to apply and execution process will be final in the Rule. In this Act there is no detail information and guideline about the appointment of Arbitrator even who will be Arbitrator that is also absent. For public confidence, trust and effective operation of the Act, Arbitrator should be appointed from the senior officer of Bangladesh Judicial Service in consultation with the Supreme Court. However this provision has not been implemented yet and no compensation is given to anyone too.

The challenge for implementation of this Act is enforcement and public awareness. In this Act, the responsibilities towards to BRTA and police are core and cornerstone to get the road safety. Now there are almost 45 lakh registered vehicles whereas almost 26 lakh 75 thousand drivers have licence [Prothom Alo, October 22, 2020]. To effectively implement the Act, the concerned stakeholders should be engaged actively and important initiatives have to be taken to develop the capacity and technical operation of the Act have to be applied seriously. The capacity of BRTA offices and Police should be enhanced to cope with the demand. There is a number of sections which totally depends on the provision and procedure of the Rule. The Rule of the RTA should be finalised as early as possible.

The Writer is a member of Bangladesh Judicial Service & Senior Judicial