Parasites to be wiped out from AL 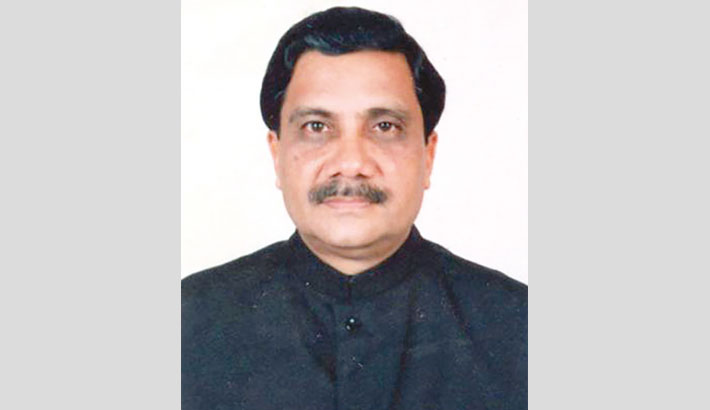 The ruling Awami League has taken a move to entrust its dedicated and tested activists, who have been cornered in the party for long by the so-called ‘yes-men’, with more responsibilities.

Mentioning the party’s stance against fortune seekers and intruders, AL presidium member Kazi Zafarullah shared some key plans during an interview with the Daily Sun.

Referring to the ‘yes-men’ who have been infiltrating into the ruling camp from other political parties, Zafarullah said some important party leaders, holding various posts, involve inducting those ‘yes-men’ to the party unfortunately for establishing their supremacy in the party.

He alleged that after entering the party those people do everything for their leaders.

“At grassroots level, faithful, dedicated and real leaders are being replaced by the intruders as they raise voices, chant slogans, and do anything as yes-men for their patrons,” he said.

But, Awami League President and Prime Minister Sheikh Hasina has clearly instructed the party think tank to remove those ‘yes-men’ from the party through inducting dedicated men, he said.

Mentioning that they do not want to see opportunists in the party, Zafarullah said those opportunists come to party position to think only for themselves, their families and relatives.

“They are using the party just as a stepping stone…they want to use the party to build their own future. But this is not what Sheikh Hasina desires, she wants the party to be with the grassroots and people, including farmers and garment workers of Bangladesh,” he said, adding, “Party leaders have to stand by the common people and ensure their future. During the crisis, those people will help us and stand by the party.”

Expressing dismay over mushroomed organisations, he said Awami League has been in power for three consecutive terms and it is natural that many persons want to involve in party for their benefit.

“Future of many people from other political parties who have been involved in politics for the last ten years is bleak. So, they are trying to get involved in Awami League politics,” he said.

Zafarullah said very often now, they have observed that in many districts dedicated and tested party leaders have been neglected or bypassed due to those who are now ministers and parliament members.

“Those people are pro-active in inducting their own men, including their relatives, in the union to district level committees,” he said.

“But, we have been instructed to induct those senior and dedicated leaders into the party as those leaders worked for the party during crisis period,” he said adding, “She [Sheikh Hasina] categorically said to make a combination of youths and seniors which can guarantee that the party will be undivided.”

Referring to the last central working committee of Awami League held on October 3, Zafarullah mentioned that the party president and prime minister made eight divisional teams to make visit to the grass roots.

“The organisational visit to different districts has not yet started. Each team will start their work as per the AL president’s instructions on how to reorganise the party from top to bottom and form all the committees properly,” he said.

The former state minister hoped that organisational visit to different districts will start by the end of the month.

“It is not possible for us to participate in organisational tour in districts and upazilas due to the COVID-19 situation,” he said, adding that under such circumstances they are working carefully but a little bit slowly.

Talking over implementation of AL’s electoral manifesto, he said that the party is on track to implement polls manifesto.

“As per our track record, we have always tried to implement party manifesto sincerely. According to an IMF report, Bangladesh is now little higher than the GDP growth in India,” he said.

It clearly proves that the Awami League has been trying to fulfil all the commitments that were made in electoral manifesto. Abject poverty has come down substantially in Bangladesh due strong stand of Sheikh Hasina.”

“Due to effective measures that have been taken by the Sheikh Hasina-led government, hopefully our all the important factors, including GDP, per capita income and GNP, will be increased,” he said.

About involvement of vested quarters in creating unrest in kitchen market, he said, “It is our moral duty and political responsibility to ensure that prices of essentials are within the buying capacity of the common people.”

Talking over controversial activities of Faridpur-4 independent lawmaker Mujibur Rahman Chowdhury Nixon, Zafrullah refrained from making any comment as Nixon does not belong to Awami League.

“I was an MP and state minister of the government. I have never taken an advantage of the position. I always tried to behave properly with common people and government officials,” he said.

“Anybody commits any wrong or offence, he himself has to be responsible for his wrongdoing,” he said.