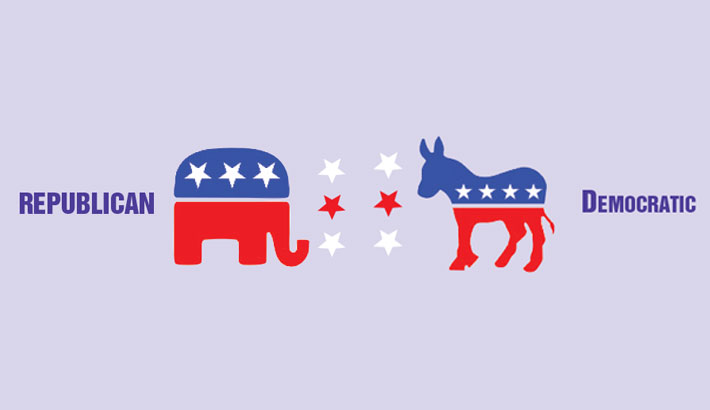 WAUKESHA: An energized Joe Biden and Barack Obama on Saturday accused Donald Trump of a massive screw-up in his handling of the coronavirus, but the US president remained ebullient despite trailing in polls with 10 days to go until the election, reports AFP.

Trump plowed through three campaign rallies in one day, targeting separate battleground states as he sought to close the gap with Biden.

But the president’s efforts have been inescapably overshadowed by a grim reality: the US set a daily record for new Covid-19 cases for the second day in a row on Saturday, at nearly 89,000, with a further surge expected as cold weather arrives.

The virus has claimed more than 224,000 American lives, with no end in sight, and a majority of voters say Trump has handled the crisis poorly.

“That’s Donald Trump’s presidency,” Biden said Saturday during a drive-in rally, one of two events in his native Pennsylvania, a critical swing state. He spoke from a stage decorated with bales of hay and Halloween pumpkins.

“Donald Trump said, and is still saying, we’re rounding the corner. It’s going away. We’re learning how to live with it.”

Biden added: “We’re not learning how to live with it. You’re asking us to learn how to die with it and it’s wrong.”

“The idea that somehow this White House has done anything but completely screw this thing up is nonsense,” Obama told supporters at a drive-in rally in Miami, Florida. “Donald Trump isn’t suddenly going to protect all of us. He can’t even take the basic steps to protect himself,” Obama added, referring to Trump’s hospitalization for Covid-19 three weeks ago.

Also slamming the president’s failure to denounce white supremacy, and the many times he has lied in public, among other issues, Obama called on supporters to vote for his former vice president.

“If we vote up and down the ticket like never before, we will elect Joe Biden.”

Trump shrugged off Obama’s criticism, saying on Twitter that the former president had only “47 people” at his event.

“No energy, but still better than Joe!” he quipped.

And he shrugged off polls which continue to show his Democratic rival Biden leading the race.

“They want to depress you,” he said of the political and media outlets reporting the numbers. “These polls are much better than four years ago.”

“This election is a choice between a Trump super-recovery and a Biden depression,” he told supporters under a hot sun in North Carolina, highlighting promises of a cure to Covid-19 and a rapid economic recovery.