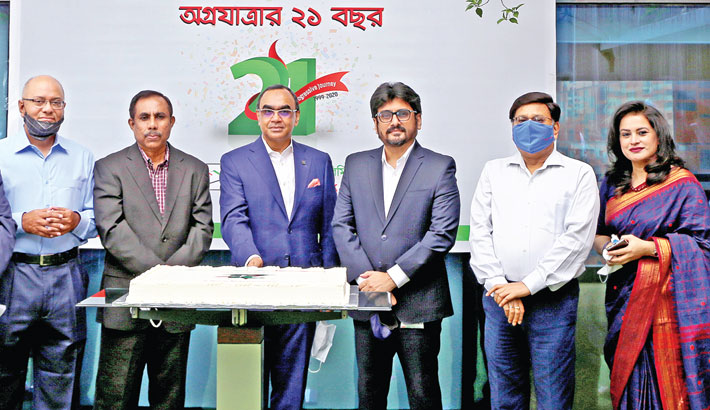 Mutual Trust Bank Managing Director and CEO Syed Mahbubur Rahman cuts a cake to celebrate the 21st founding anniversary of the bank at its corporate head office at Gulshan in the capital recently.

The special day was also celebrated at MTB Tower at MTB Square and different MTB branches and sub-branches across the country.

With a view to recognising the contribution of the MTBians to the bank, the bank handed over the crests amongst the MTBians who have been part of the bank’s development journey for the last 20 years.