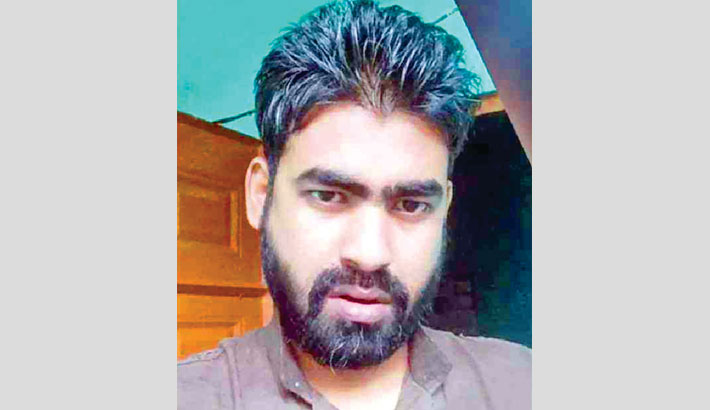 The mother and relatives of Rayhan Ahmed who began their hunger strike Sunday morning demanding immediate arrest of the prime suspect for the murder of Rayhan suspended SI Akbar Hossain Bhuiyan ended the strike in the afternoon upon receiving assurance from the Sylhet city mayor that he will give all-out support to ensure trial of the culprits.

Salma Begum, the mother of 34-year-old Rayhan, who was tortured to death in police custody in Sylhet, and some of his relatives staged the strike in front of Bandarbazar Police Outpost, where Rayhan was killed.

Salma Begum deplored the fact that the police could not arrest the prime suspect and some other constables though 15 days have already elapsed since the death of her son on October 11.

“Police have been trying to hush up the incident,” she said.

On the night of October 10, Akbar and some other policemen of the Bandarbazar Police Outpost picked up Rayhan and tortured him mercilessly. He succumbed to his injuries the following day.

His body was exhumed for a second post-mortem and buried again on October 15.

PBI is currently investigating the case on the instruction of the police headquarters. The Sylhet Metropolitan Police has handed over the documents of the case to PBI.

On October 12, four policemen, including Akbar Hossain, were suspended in connection with the death.

PBI said it is looking for suspended SI Akbar and has written to the immigration police to take steps to prevent him from leaving the country.