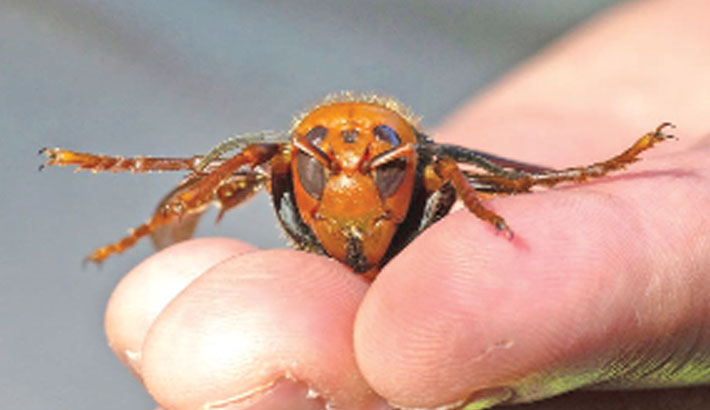 Agricultural department workers wearing protective suits have eradicated the first nest of giant “murder hornets” discovered in the United States, vacuuming them out of a tree in Washington state, reports AFP.

The nest of Asian giant hornets was found on Thursday by Washington State Department of Agriculture (WSDA) entomologists on a property in Blaine, near the border with Canada, the agency said. They spent weeks searching for the nest, trapping hornets and tracking them, using dental floss to tie tiny radio trackers on the insects, which are nearly two inches (five centimeters) in length and have a painful sting.

Before dawn on Saturday, a team of workers dressed from head to toe in protective suits vacuumed the insects out of their nest in the cavity of a dead tree.

“Got ‘em. Vacuumed out several #AsianGiantHornets from a tree cavity near Blaine this morning,” the state agriculture department said on Twitter later Saturday, along with a video showing a mass of hornets in a transparent container.

It said removal of the nest appeared to have been successful and more details would be provided at a press conference on Monday.