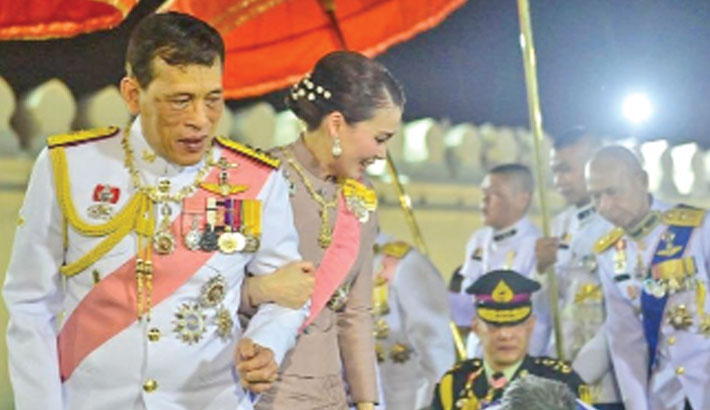 In a rare gesture, Thailand’s king has been shown on video praising a man who supported the monarchy at an anti-government protest, reports BBC.

King Maha Vajiralongkorn thanked the man, who had held up a portrait of his late father. Correspondents say this gesture may be a royal endorsement for those willing to come out and support the monarchy.

The monarchy has not previously commented on protests that have begun to raise questions about its role. King Vajiralongkorn lives more in Germany than in Thailand and when he is in Bangkok he typically presides over formal occasions in which there is little opportunity for interaction with ordinary people, the BBC’s Jonathan Head reports from Bangkok.

But he broke that custom on Friday night, coming out from a temple ceremony with Queen Suthida, spending some time with a crowd of well-wishers, and speaking to a few of them.

He thanked a man who had held up a portrait of the king’s late father during an anti-government rally.

The brief interaction has drawn a big response in Thailand.