My family thought it was bizzare of me to become actor: Bhumi 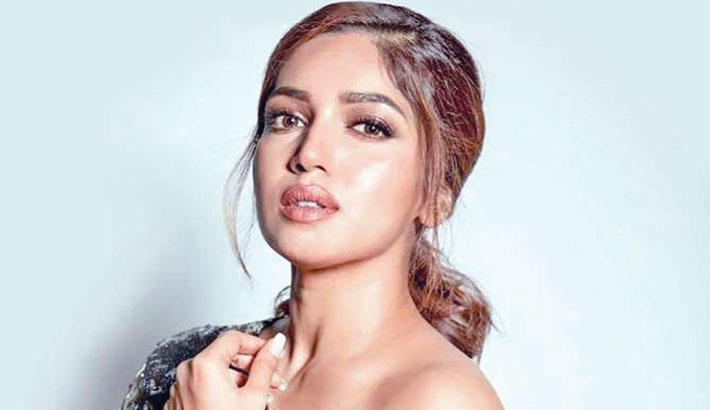 Bhumi Pednekar on Saturday said her family wasn't completely sure about her decision to become an actor as for the longest time being a Hindi film heroine was considered a "taboo". Within five years of making her debut with "Dum Laga Ke Haisha", the actor has featured in several critically-acclaimed films including "Toilet: Ek Prem Katha", "Shubh Mangal Saavdhan", "Bala", "Sonchiriya" and the recent "Dolly Kitty Aur Woh Chamakte Sitare". But Pednekar said being open about her acting ambitions wasn't easy, especially in a family where no one was related to the film industry, reports Mid-day.

"I wondered how do I go about it, how do I convince my parents that I want to be an actor. In my family, even though my grandfather was a theatre actor back then, being a Hindi film heroine was such a taboo until a few years ago. "I don't think people understand how beautiful this profession is. I couldn't blame my family. I come from a family of lawyers, engineers, doctors. For them, it was just bizarre that I wanted to be an actor," she said. Pednekar was speaking at a virtual session at the ongoing India Film Project. The actor said when she first discussed her plan to join movies with her parents, they weren't happy with her decision. "They were trying to be protective and trying to do their best, to make sure that their girl is safe," she added. After some convincing, Pednekar decided to join a film school aged 16 and took on a student's loan to pay the fees.

"I didn't know what was I going to do, how will I make this happen, but I was a stubborn child. I joined film school but I failed! Not because I was a bad actor but I wasn't disciplined enough. It is one of the biggest regrets that I have in life. "It's important to understand that there's a certain age that you must go for a professional teaching course like acting or any technical jobs. I went when I was 16 and was treating it like high school. I didn't make the most of it," she added. Pednekar, 31, said not making it through the film school was a "big jolt" as she not only had a loan to payback but also had to work even harder to convince her parents for giving her another chance.

She then started looking for a job to be able to survive her dream and said it was tough to restart. Pednekar recalled that production house Yash Raj Films had started a casting division and were looking for an assistant. When she interviewed for the same, she was rejected.