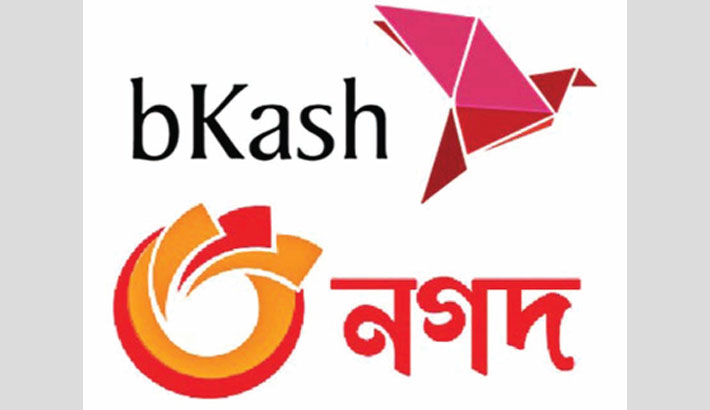 The country’s digital payment system goes a step ahead with the introduction of a facility of inter-operator transaction between mobile financial service providers (MFS) and banks.

As a result, MFS providers like bKash, Nagad, Rocket, MCash and UCash will be able to transact among themselves from now on. Not only that, transactions can be done from MFS service to any other banks.

Bangladesh Bank (BB) sent a circular in this regard to the chief executives of all the banks on Thursday asking for inter-operable transaction facility.

Primarily, the facility will be introduced between the banks and MFS providers which have successfully completed pilot testing from Tuesday, October 27.

The new service is being launched through National Payment Switch Bangladesh (NPSB) at the initiative of the Central Bank.

The fee for this service has also been specified. However, at the consumer level, there will be no new charges. However, the cost of withdrawing money remains the same as before.

In addition, both transfer of money from bank account to MFS and from MFS account to banks, the concerned MFS provider will pay the concerned bank 0.45 percent of the total amount transacted.

For mutual transactions, participating banks and MFS will not be able to charge any additional transaction fee from the customer.

In case of transactions in mutual system, the transaction limit prescribed as per the variant of the respective bank and MFS account will be applicable.

The sector insiders said the Covid-19 pandemic has greatly increased people's reliance on MFS providers. Now a customer can open an account of these services sitting his own home. Money is also going to be brought from the bank account. And shopping, service bill payment, mobile recharge and other benefits are available at home.

According to the central bank, at the end of last August, the number of MFS subscribers had reached 92.9 million, while the number of agents had crossed one million. In August, the transaction was Tk410 billion.

In August, Tk1.04 billion expatriate remittance was distributed through MFS, salary and allowances were paid Tk 10.63 billion. The online purchase bill was paid of Tk10.6 billion and 9.08 billion paid for utility bills through the MFS.