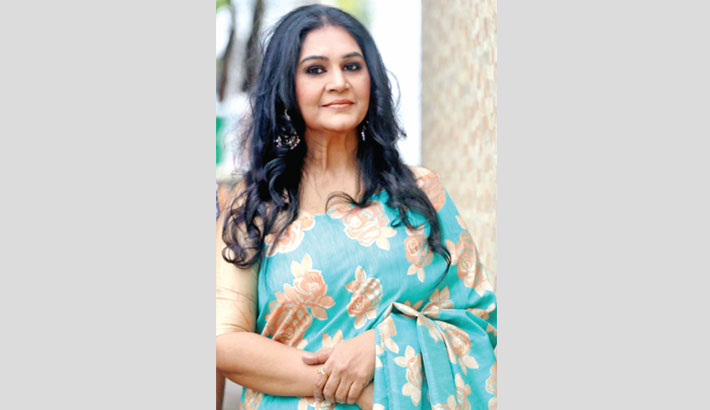 National Film Award-winning singer Samina Chowdhury has been entertaining listeners with her beautiful melodious voice for the last 40 years. She has presented many hit songs in her long music career.

The  recording of the song has been done at a studio in the capital on  Friday.

Talking about the song, Samina Chowdhury said, “Kishore Das always tunes very well. He has composed the song ‘Shei Je Chole Gele’ with utmost care. I have tried wholeheartedly to lend my voice to the song. I hope it will be appriciated by the audience.”

The song will be released soon.

She was born to Mahmudun Nabi and Rashida Chowdhury. Her sister, Fahmida Nabi, and brother Pancham are also musicians.

Samina  started her career as a playback singer in 1981. Her debut song was ‘Jonmo Theke Jolchi Mago’ from the film ‘Jonmo Theke Jolchi’. She continued working as a singer in the audio industry. Later, she sang the song ‘Saat Bhai Champa Jagore’ in the film ‘Saat Bhai Champa’. Then she took a hiatus from playback singing. She concentrated on studio albums and released songs named Kobita Porar Prohor Eseche, Ekbar Jodi Keu Bhalobasto and Oi Jhinuk Phota Sagorbelay.