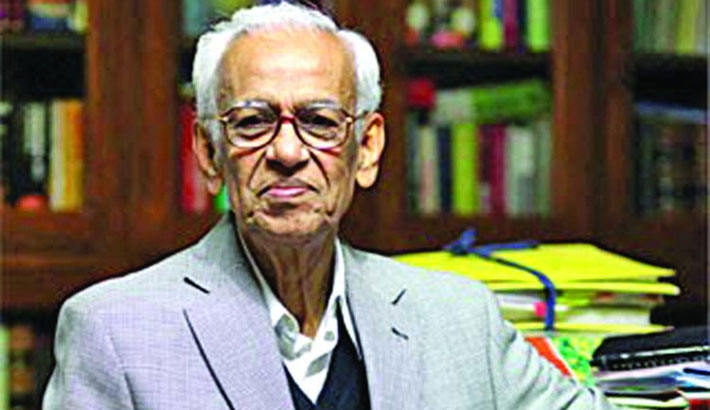 State Minister for Youth and Sports Mohammad Zahid Ahsan Russell MP and Bangladesh Cricket Board (BCB) expressed deep shock at the death of renowned lawyer and former attorney general Barrister Rafique-ul Huq, who died at a city hospital this morning at the age of 85.

Huq breathed his last at 8:30 am on Saturday while undergoing treatment at ICU in Ad-Deen Hospital in the city, said a Ministry of Youth and Sports press release on Saturday.

He had been suffering from anemia and other old age complications, the press release added.

The State Minister in a message sought forgiveness of the departed soul of Huq and extended heartfelt sympathy to the family members.

The State Minister said Barrister Rafique-ul Huq was an honest, fearless and skilled lawyer and due to his death a huge vacuum has been created in the country’s law arena.

BCB President Nazmul Hassan, MP in his tribute to Barrister Rafique-Ul Huq said: “We are grief-stricken at the death of Barrister Rafique-Ul Huq. The BCB was privileged to receive his invaluable legal guidance and support on a number of important matters. He was a man of wisdom who had contributed vastly to the legal system and judiciary in Bangladesh.

“I on behalf of the BCB extend our heartfelt condolences and sympathies to the family of Barrister Rafique-Ul Huq.”