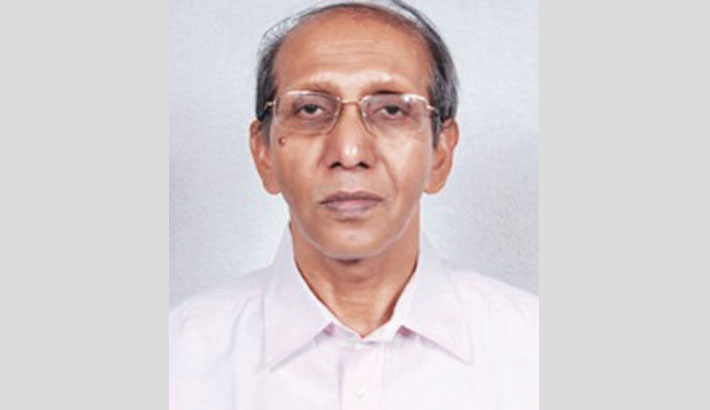 During the very distant past, all human beings were nomadic in nature. They gathered fruits and vegetables and hunted birds and animals from forests for living, which is called hunting-gathering system. When those were exhausted from a particular forest area, they used to move to another forest area in a group having men, women and children for food. At one time people learned how to grow crops by sowing seeds of different crops. After burning forests, they used to make holes in soil for placing seeds. Holes were made by a kind of pointed instrument called dibber made by wood or stone. In hilly areas of Bangladesh and India, shifting or slash and burn cultivation called zhum cultivation, is practised till today, which is a reminiscent of the ancient days. At that time, it was a matriarchal society where mothers used to dominate the family. Generally seeding was done by female members and muscle power-based hunting by males.

It is believed that the most recent Ice Age ended about 10 to 12 thousand years ago. As the vast areas of the North and South Poles were covered with snow during that period, people of North Pole of Asia and Europe moved near the equator for survival. Historians believe that people of different tribes gathered near the Deccan region of India and middle of Africa. As more people had to live in small areas, it was necessary to produce more crops from less area, which was not possible by zhum cultivation. This led people to invent a different type of device for soil movement. By trial and error method for a few thousand years, plough was invented, probably in Deccan region, by which people could produce many times more crops than zhum cultivation. Initially after its development, human being used to pull ploughs. Later wild animals, like horses, bullocks, buffaloes, etc. were trained to pull it.

In the past people of different tribes used to fight each other regularly over the dominance of forest area. In this process, the strong tribes used to kill all the members of the weak tribes. During the Ice Age many people had to live side by side for many thousand years. As a result, a large portion of people learned how to quit eating human flesh and fighting. They realised that all of them will be perished if they continue fighting. Therefore, they started maintaining a moderately good relation and stopped fighting. After the invention of plough, it was possible to produce crop by cultivating the same land repeatedly. So they learned to live in one place by constructing houses instead of living in a kind of tents. In the process, a kind of community was formed. But some tribes did not adopt it; rather they tried to resist it. They continued to maintain their old system of nomadic lifestyle. 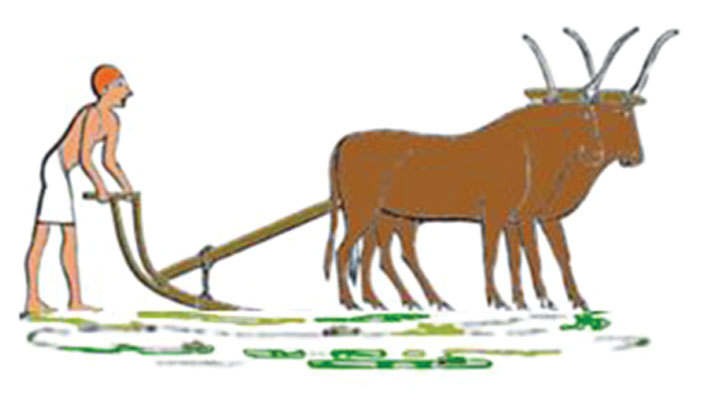 All different agricultural operations, like ploughing, seeding, harvesting, threshing, cleaning, drying, storing, etc. were more hard-working than collecting fruits and vegetables. Yet people were adopting plough-based crop production system for more crop production and ability to live in one place. For them the necessity of nomadic lifestyle was not essential. In course of ploughing lands, sowing and other painstaking works on the same land led people to establishing their personal right on those lands. As males have more muscle power than females for doing physical power-based agriculture operations, especially ploughing lands, males became the owner of lands. As there was no ownership of lands at that time, stronger and hard-working males could cultivate more lands than others and could establish their right on more lands. This phenomenon created the patriarchal society replacing the old matriarchal society. As a result, clashes between dibber-based zhum cultivation of matriarchal society and plough-based patriarchal society became inevitable. But most people joined the patriarchal one and proved their superiority over matriarchal society.

It is quite natural to know when plough was invented. The problem is that there is no historical document or any other means to ascertain the time of invention of plough. Historians estimate that people invented it during the Ice Age when it was necessary to produce more crops from less area. After the end of the Ice Age, surface of the earth started warming permanently that pushed cold and ice toward the north side. Consequently plants and animals availability increased tremendously. So a large number of people, living in the equatorial region, moved towards northern region. As plenty of fruits, vegetables, birds and animals were easily available, there was no dearth of food. It is assumed that no necessity was felt to invent plough at that time. Therefore, historians believed that plough was invented during the Ice Age, not after the end of that period. If it is assumed that plough was invented six to seven thousand years before the end of the Ice Age, plough was invented seventeen to eighteen thousand years ago from now.

After the end of the Ice Age, a huge number of people, accustomed to ploughing, migrated to the fertile areas of north and northwest and settled there permanently. More people migrated to the fertile areas of north-western India, Egypt and some other places and worked hard to create the famous Indus Valley, Egyptian and Mesopotamian civilisations. As more crops can be produced by plough-based agriculture, farmers could produce more crops than their family needs. Many family members started doing other works, like different types of hand works to produce goods, buying and selling goods, construction, etc. Later works are now broadly grouped into service and industry, for gross domestic product (GDP) calculation. In general, in more civilised countries, the economic conditions are better. With economic development of any country, the contribution of agriculture sector in GDP is lowered and the contribution of other two sectors – service and industry increase. Thus in ancient days, different professional groups were created who earned more money than that required for food, clothing and shelter. They started living in concentrated areas.  With excess money they used to build better housing and other facilities to make township and ease of living. All these happened after the invention of plough. Therefore, it can be said that the civilisation began with the invention of plough.