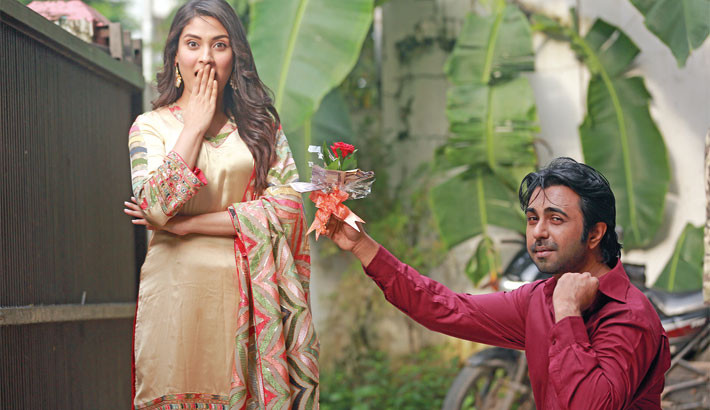 Popular on-screen pair Ziaul Faruq Apurba and Mehazabien Chowdhury-starrer drama ‘Mr. & Ms. Chapabaz’ has reached 10 million views on YouTube. This is for the second time that a Bangladeshi drama has touched such a milestone within a short time.

Directed by Rubel Hasan and written by Rajiv Ahmed, the single-episode drama was released on CMV’s YouTube channel on this year Eid-ul-Azha festival.

Apurba said, “We are working hard for our audience. Whenever they appreciate our work it inspires us to do better. Their likes and comments are precious to me. I’m so happy that the drama has been liked by the viewers. I’m grateful to my fans for showing so much love.”

Mehazabien said, “In reaching the fastest viewership, we (I and Apurba) were at number 1 and currently we have got another feat of our achievements. I’m happy that my dramas are now on the first two positions of the highest viewership within such short time. I would like to give heartiest thanks to our director, producer and to our audiences. Without their support, we couldn’t have achieved this feat."

Director Rubel Hasan said, “We didn’t expect that we would get such a wonderful response. All we wanted was to give the viewers an entertaining piece and their reactions only inspire us to produce more such works. The credit for this success goes to all the cast and crew of the play. I’m grateful to them.”

It is worth mentioning that Apurba and Mehazabien’s drama ‘Boro Chele’ holds the first position till date. The drama has crossed 10 million views on YouTube within 34 days.