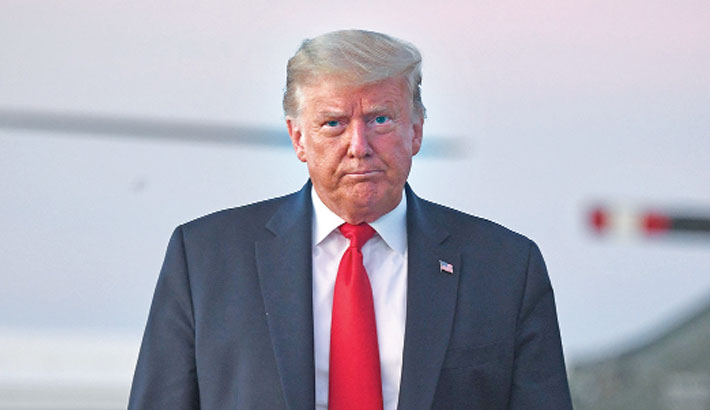 Trump has spent recent days promoting a murky claim that Biden’s son Hunter sold access to his father in Ukraine and China when he was vice president under Barack Obama.

It is Trump, however, who maintained an office in China during his first run for president, and partnered with a major government-controlled company, the Times reported.

Trump additionally keeps a previously unknown bank account in China, controlled by Trump International Hotels Management, according to an analysis of his tax records by the paper. It is one of only three foreign nations—including Britain and Ireland—in which he does so.

Trump Organization lawyer Alan Garten said the company had “opened an account with a Chinese bank having offices in the United States in order to pay the local taxes.”

“No deals, transactions or other business activities ever materialized and, since 2015, the office has remained inactive,” he told The Times. “Though the bank account remains open, it has never been used for any other purpose.”

Under his “America First” banner, Trump has portrayed China as the greatest threat to the United States and global democracy.

He has launched a massive trade war that has cost China billions of dollars, harangued Chinese tech firms and laid blame for the coronavirus pandemic with Beijing.

Even so, in 2008 Trump attempted an ultimately unsuccessful office tower project in Guangzhou, and in 2012 he opened a Shanghai office, the Times said.