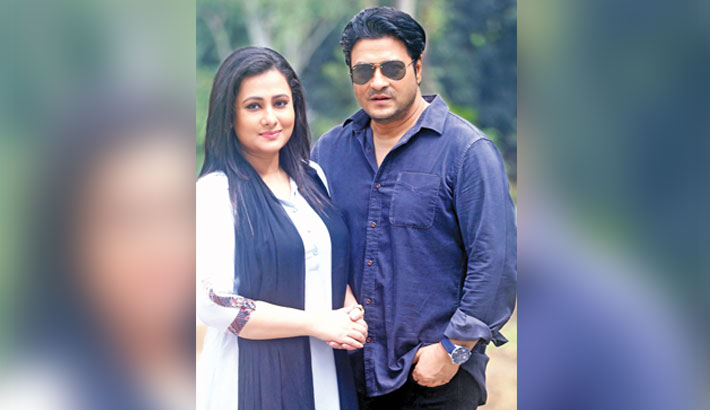 Popular Dhallywood actors Ferdous Ahmed and Dilara Hanif Purnima have recently returned to the shooting set with the movie ‘Gangchil’ after a long break. The film’s shooting was put on hold due to coronavirus pandemic.

The duo stood before the camera at BFDC on October 17. But Purnima fell sick the following day. The actress took a whole day rest and again back to acting on October 19.

Purnima said, “I’m feeling better now, Alhamdulillah. Though my health is a little bit weak, I’m back to the shooting unit. The shooting should not be stopped for me. I want to thank my co-actor Ferdous for always stand by me. I’m grateful to the whole unit and my director Noim Imtiaz Neyamul.”

Ferdous said, “Purnima is a very dedicated artiste. Despite sickness she is back to acting for the film. Purnima is not only a good actor she is also a good person.”

He also said, “I have returned to acting after a long break due to the pandemic. I feel like I’m back home. The shooting unit is following all health guidelines. I hope everything will be normal soon.”

‘Gangchil’ is being directed by Noim Imtiaz Neyamul. Maruf Rehman and Priyo Chattopadhyay have written the screenplay for this film. In the movie, Purnima and Ferdous will be seen playing the role of an NGO worker and a journalist respectively.

The film is based on a novel by the Awami League General Secretary and Road Transport and Bridges Minister Obaidul Quader.