‘Channel i Music Awards’ to be held in Dec 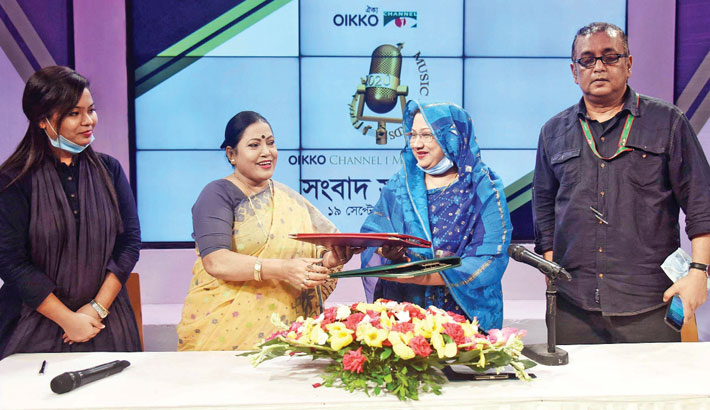 The 15th edition of the ‘Channel i Music Awards’ has been announced. Sponsored by Oikko Foundation, the ceremony will be held at a city hotel in December. This year, the awards will be given in 14 categories including, lifetime achievement award.

The programme planner and director Izaz Khan Swapan briefed the details of the award ceremony at a press conference at Channel i office on Monday. A deal has been signed between Channel i and Oikko Foundation on distribution of the awards.

Noted folk singer Farida Parveen, president of Oikko Foundation Shahina Akhter and the director Suraiya Alam, among others, were present at the event.

Prominent singer Rezwana Choudhury Bannya also joined the conference through telephone. She appreciated the initiative of Channel i.

Channel i Music Awards, the biggest music award, was introduced in 2004 to promote the music industry of Bangladesh.